Special offer Get $70 risk-free bet with code
Get
tips.gg/Esports Betting/USA/Colorado

Esports Betting Colorado 2022 - Legality of the Esports Bets in Colorado

Esports provides a betting option for those who aren't into traditional sports. Discover all there is to know about Colorado sports betting below! The best esports betting sites and the most popular esports leagues are covered on this page! 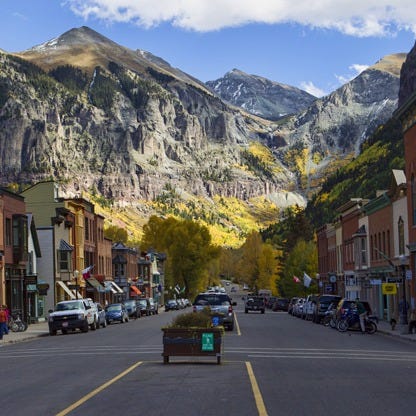 There are great opportunities for eSports betting in Colorado.

Let's plunge into history first. Esports had their start with a little Spacewar competition at Stanford University. In the game, two spacecraft can fire at each other without hitting the star in the center of the screen. To see who might prevail in Spacewar free-for-all, Stanford conducted a competition in 1972. Stewart Brand prepared a 9,000-word piece to document the competition after Bruce Baumgart was named the first winner. Esports betting in the USA was just getting started.

In the 1990s, esports betting online became a thing, thanks to PCs and the internet. Competitions no longer had to take place in a room filled with arcade games. They may be dispersed all across the country and eventually the entire planet. Due to this, esports leagues began to proliferate, starting with the Cyberathlete Professional League (CPL). Esports has developed to the point that it now has its own arena opened in 2015 in Santa Ana, California. It's evidence of how esports evolved to become a significant factor in American sports and betting. Yet, in many states, esports betting was still forbidden.

As for esports betting in Colorado, the situation and the status of esports in the state changed only after 2019. Esports tournaments are classified as sporting events under the HB 1327 2019 law, making them legal. Since May 1st, 2020, a large number of esports betting sites have opened in Colorado as a result. However, it is also mentioned that wagering is not permitted at any esports events that have not been approved by a sports regulating body or any events that include high school athletes.

How to Choose the Best Betting Site for eSports Bettors from Colorado?

Fans of Colorado sports betting vary widely. This implies that selecting which bookmaker to use will always be a personal choice. Yet, some factors may help you with making the final decision:

Moving forward, the industry of esports betting in Colorado (as well as esports betting in Tennesee, esports betting in West Virginia, and so on) has a lot to offer. Since online betting on eSports games became legal a few years ago, there have been significant advancements made by the state as well as the esports bookies. There are now 23 operators with licenses to run online sportsbook pages in Colorado, and several of them provide esports odds/markets as part of their product offerings.

Esports betting in Colorado offers a wide variety of online games, from fantasy eSports to first-person shooters. Yet, there are the top 4 popular esports games Colorado bettors give preference to.

The popular online multiplayer online battle arena game Dota 2 was created by Valve Corporation. It's basically a sequel to Defense of the Ancients: All-Stars. The game is widely enjoyed in Europe and North America.

Teams of five players play the game, each defending a certain region on the map. A structure inside the base of the opposing team, dubbed "the Ancient," must be destroyed by one of the teams to win. The main betting market in all states (including esport betting in Nevada, esports betting in New Jersey, etc.) for this video game is who will win the match.

The excitement surrounding the Battle Royale shooter Fortnite seems to never fade. The game's basics are simple: 100 people compete against one another on a vast map. Whoever is left standing wins.

Fortnite, in contrast to other battle royale games, places a unique emphasis on gathering resources and constructing infrastructure. These might offer shelter or a tactical edge in a battle with other players.

One of the world's most played first-person shooter games is Call of Duty, a masterpiece of Activision Blizzard. COD has had one of the most thriving and exciting esports ecosystems for more than 10 years. At the center of this series is competition, and now, hundreds of millions of players compete to show off their prowess in combat.

Call of Duty: Warzone is a free-to-play first-person shooter in the battle royale genre. Players can choose whether to survive in a group of three or in solo mode.

This MOBA game created by Riot Games is rather well-liked in the USA. Its gameplay is somewhat reminiscent of Dota 2 - in LoL, two teams of three or five players play against each other. Teams win by destroying the enemy’s “Nexus" within the base of the other team.

Are there limitations based on age or location?

While actual casinos need a minimum age of 21, online sportsbooks and esports bookmakers just require that you be at least 18 years old. Additionally, you must physically be present in the state if you wish to engage in internet betting in Colorado - you must be physically present in the state even if you don't reside there (you won't be prompted for an address there).

What Is The Esports And Video Gaming Culture Like In Colorado?

In Colorado, esports is on the rise. The Fountain-Fort Carson pilot esports program provides insight into its popularity in Colorado, having generated over $1 billion in revenue nationally in 2019.

What eSports betting markets are available in Colorado?

The most well-liked esports that Colorado players may enjoy have to be open to betting. These include Valorant, League of Legends, Counter-Strike: Global Offensive (CS:GO), and Dota 2. However, there are possibly many more games accessible at certain online sportsbooks.

Is there an esports team from Colorado?

There is no professional eSports team from Colorado so far. Yet, numerous communities (especially in high schools) organize eSports and Fantasy eSports events for amateur teams and players.

More than 10 years of experience in e-commerce, website development, and search engine optimization. Love for competitive games started long before professional esports - since the days of Counter-Strike and NFS-series races in small LAN-internet cafes. But the desire to build a useful and user-friendly website for fans of esports and betting remained, and that is what we do now together with the team.