Special offer Get $70 risk-free bet with code
Get
tips.gg/Esports Betting/Legends of Runeterra

Legends of Runeterra, or LOR for short, is a popular multiplayer collectable card game (CCG) among esports fans, and bets can be placed on the game’s various events and tournaments using betting sites. Here, the most basic information can be found about LOR: what it is, how to play, how to esport bet, major events, tips, and much more. 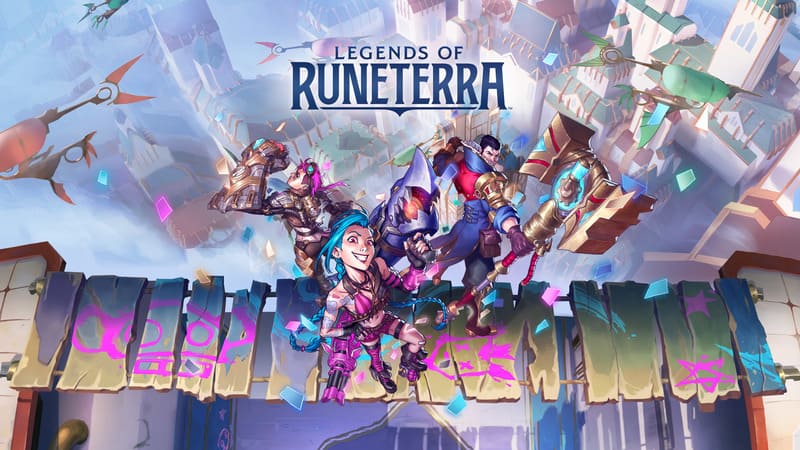 What is Legends of Runeterra?

Legends of Runeterra is a card game based in the League of Legends universe and developed by Riot games – LOL being one of the most popular MOBA video games worldwide that many players place bets on – and LOR is a free game with collectable cards that was released in 2020. Just like other tabletop and digital card games such as Magic: The Gathering, Legends of Runeterra has similar gameplay and strategy.

Unlike other games in the CCG genre, Legends of Runeterra is known for not being pay to win, and it is fairly straightforward to unlock new and better cards by simply playing.

In the market of esports bookmakers, LOR is bound to have lots of tournaments and championships for players to place their bets on. So far, there has only been one – the Legends of Runeterra World Championship hosted by Riot Games in September of 2021. Moreover, there is also a weekly tournament that gamers from Europe can take part in and there are lots of community-created LOR esports events.

Difference between Legends of Runeterra and League of Legends

The distinction between LOR and LOL is crystal clear – League of Legends is one of the most popular MOBA video games that was released in 2009 by Riot Games, and Legends of Runeterra is a 2020 digital card game also created by Riot Games, which is set in the world of Runeterra – which is where League of Legends takes place. Both of them are available for esports betting, although LOR does not have a lot of upcoming events yet due to still being a very new game.

Are there any Legends of Runeterra Esports Tournaments to Look Out for?

Out of the major esports events hosted by Riot Games, there have so far been the following betting options:

The Worlds tournament in 2021 had a prize pool of 200,000 USD. With the events of Qualifiers for Europe, Americas, and Asia/SEA, 16 players were picked to participate. Four groups of four contestants each were formed, with the top two from each team moving on to the playoffs, which had 8 participants, and a single elimination bracket. On the World Championships, bookmakers typically offer high esports betting odds.

As time passes, there will be more Legends of Runeterra game events and tournaments as the game is still only a few years old.

How to place bets on Legends of Runeterra

Placing an esports bet on Legends of Runeterra is simple, following the step-by-step guide below:

All of this can be achieved on a PC/desktop, and by using esport betting apps.

The Legends of Runeterra betting markets are the same as for most esports choices, so there is no problem with potentially having to get used to new ones. The betting markets can be:

There are also many options of live esports betting while watching the LOR game unfold right in front of the screen, and some websites allow its customers to indulge in esports crypto betting.

To win when wagering on Legends of Runeterra events, there are some things that should be considered.

In order to successfully wager on an esports match, bettors should thoroughly prepare. One of the ways to do that is by observing how each competitor plays the game, and to study their strengths and weaknesses. That way, it may be possible to make predictions about who may win.

Look at the Players’ Match History

When wagering on a match, it is highly important to check if the two opponents have played against each other before. If something like that has indeed taken place, then the bettor should see if the gamer who lost got much better and trained. If not, then whoever had the victory may win again.

Fundamentally, bettors should understand the game before making wagers. The easiest way is to get hands-on experience by downloading and playing it. The more card matches the player goes through, the more knowledge of the game and the potential scenarios of how a match can play out will be increased. 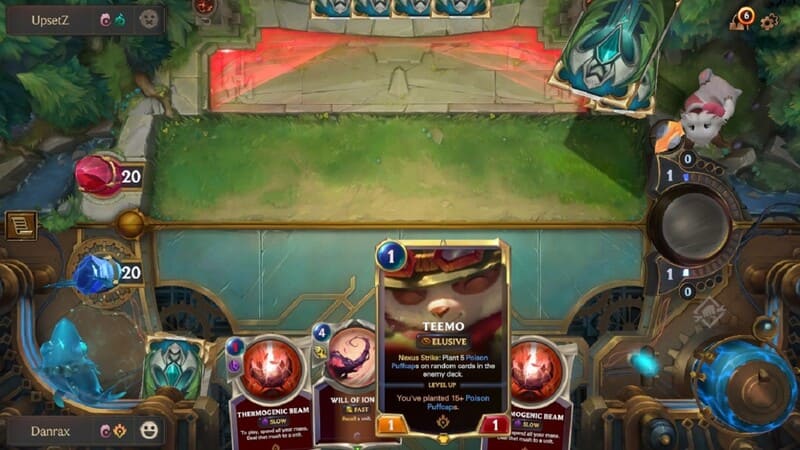 This is what the Legends of Runeterra playing field looks like

How to Play Legends of Runeterra

To start playing Legends of Runeterra, the player first needs to download and install the game. This should be done through the official website by logging into or creating a Riot Games account, downloading it, and then going through the installation process.

To play a match, players should get a couple of cards first. Conveniently, three distinct decks with diverse playstyles will be available as soon as you finish the introductory match.

The fundamentals of each Legends of Runeterra match are divided into four phases:

Can Legends of Runeterra be played and how?

Yes, it can! LOR is a free to play game that can be downloaded from the official website. Simply go to the site, either log into a Riot Games account or create one and download the game.

How to win when placing bets on Legends of Runeterra?

Just like when wagering on other esports matches, bettors should take note of the player win/loss history, understand the game to know who may win or lose (especially valuable with live betting), and to know the strength and weaknesses of the gamers playing against each other.

Is Legends of Runeterra the same as League of Legends?

No, while the names sound similar, Legends of Runeterra is not the same game of League of Legends. LOR is a card game based in the LOL universe and the world of Runeterra, which is where the game takes place.

Are players required to spend money to get better cards?

No, there is no need to spend any money on Legends of Runeterra. It’s pretty easy to get new cards by simply playing the game – which in turn, the players get rewarded for doing so by giving out card packs.

Is Legends of Runeterra Pay to Win?

LOR is not pay to win. Unlike the most popular CCG games, Legends of Runeterra does not have loot boxes or card decks that can be bought. Instead, players get new and better cards by playing the game. There are purchasable individual cards, but not in a pay to win manner in the slightest.