Special offer Get $70 risk-free bet with code
Get
tips.gg/Esports Betting/HOTS

naiman
28.09.2022, 13:53
What is HOTS? The Game’s History and GameplayMain HOTS Betting MarketsHeroes the Storm TournamentsHOTS Betting TipsBest Heroes of the Storm Teams

The world of MOBA games is vast, and it has always had niche games: Heroes of the Storm is one of them. Even though a game is not as popular as its relatives (Dota, LoL), it remains an excellent MOBA capable of entertaining both players and bettors. Today, we want to take you by hand and guide you through the world of Heroes of the Storm betting, so you can start getting profit from it immediately. But before, make sure to choose one of the eSports betting sites from the list below so that you can apply this guide in practice. 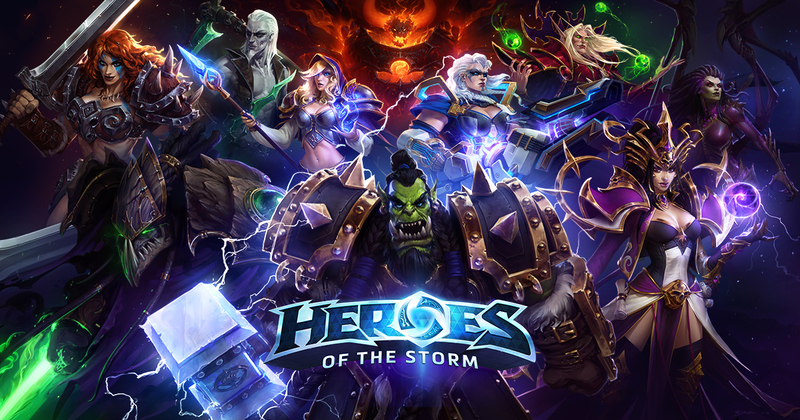 What is HOTS? The Game’s History and Gameplay

Heroes of the Storm is the game in the MOBA genre (multiplayer online battle arena), launched by Blizzard Entertainment in 2015. Blizzard is a veteran in the world of gaming production, and it has released many famous titles with remarkable characters. The main feature of HOTS is that its character pool consists of the best heroes from iconic Blizzard projects. Thus, you can shatter your opponents as a legendary King Arthas with a Frostmourne in his hands or assassinate foes while controlling the mysterious Zeratul.

Of course, all those heroes are very different and have distinct purposes in team fights and the game overall. Thus, they are classified: tanks, bruisers, supports, healers, melee assassins, and ranged assassins. Players can combine heroes, creating unique team compositions and strategies. This allows a game to generate memorable contests with each new game.

The gameplay flow is predetermined by the game's genre. Actions take place on one of many in-game maps with a couple of lanes (depending on the game mode). The team of five players has to distribute its forces on the map to facilitate the most efficient execution of the map's objective (also depends on the mode). The first team to destroy the enemies' main structure (core) is the winner.

The game features many modes, but the following are considered the main ones:

Heroes of the Storm has some of the best MOBA game graphics and animations. Because of that, the game feels extremely smooth and satisfying to play.

So as you can see, Heroes of the storm has everything gamblers seek in eSports real money betting:

Betting markets are the common tools eSports bookmakers use to make the wagering process more interesting and diverse. They allow you to bet on many different match outcomes besides a boring "Choose a winner" bet. Heroes of the Storm betting sites offer gamblers a wide enough betting market list with various odds. The most common ones you will see are:

Heroes of the Storm is a highly competitive game with plenty of events. But unfortunately, official tournaments conducted by Blizzard Entertainment aren't held currently. Thus, the biggest HOTS major tournament, Heroes of the Storm Global Championship, with a prize pool of $1,000,000, is no longer conducted. But it doesn't mean there are no betting options regarding Heroes of the Storm. HOTS teams are still functioning and participating in local community-organized professional competitions.

The biggest competition is the Nexus Cup: a European online event with 64 participating teams. The tournament features a group stage that knocks out most of the teams and leaves 8 favorites who will fight in the pro playoffs: the event's winner will take home over 1,500 euros. Nexus Cup allows you to apply various eSports betting offers to increase your winnings and bet more.

X-Cup is another non-official tournament that always attracts the best eSports betting sites. This competition is also taking place in Europe and features a double-elimination format. All the matches in the X-Cup, which are previous to the grand finals, are in bo5 format, while to get a final prize of $1,500, competitors have to win grand final games in bo7 format.

Both tournaments described above feature plenty of matches and betting markets with competitive odds, allowing gamblers to do eSports betting with Skrill to win significant prizes.

Becoming a successful HOTS bettor is a complex task. If you wanted to do it without guidelines, it would take up lots of your time, effort, and money. To save all these resources of yours, we want to share a piece of our HOTS betting knowledge converted into useful tips:

Get down the basics

The usefulness of this tip depends on how familiar with gambling you are. If you are starting, it is super important to understand how betting works. Begin with understanding the types of odds (decimal, fractional odds, etc.): check out the eSports odds comparison to see their practical use. Then make sure you know how each betting market works and which is the most suitable payment tool. Take advantage of eSports betting apps to simplify the betting process while you are off your computer. 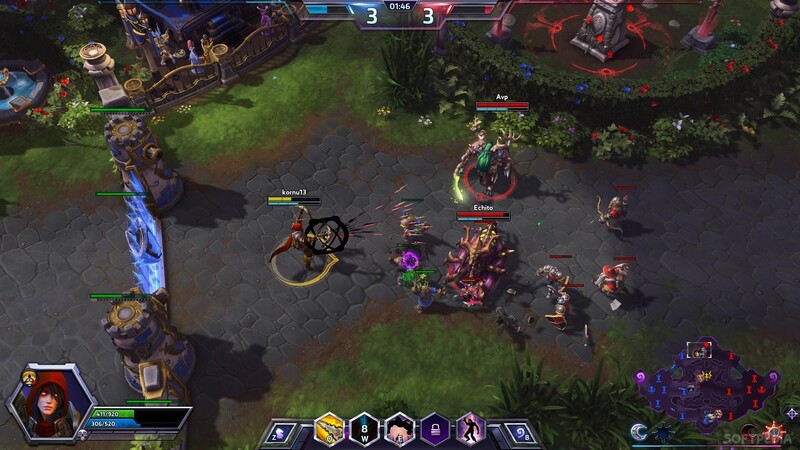 This is how Heroes of the Storm looks when you play it.

Before placing the first bet on HOTS tournaments, anybody needs to get acquainted with the game. If you are a gamer, go ahead and play the game yourself. If you are more of a spectator, we recommend you check out some gameplay footage on the video/streaming resources until you understand everything you see. It will not only make your betting more successful but give you more joy while watching games.

Meta is what represents the current state of the in-game balance. By knowing the meta, it will be easier for you to understand which Heroes of the Storm teams are now in a favorable spot. For example, you know that a specific team is great at utilizing and playing around the Kael'thas carry. If you know that Kael'thas is strong and remains high in the in-game meta, this team has more chances of success.

A general yet effective betting advice is to take advantage of any sportsbook bonus. When entering new betting sites, always look for the first deposit bonus, or check out the social pages of the platform for a bonus code. Promotional offers will allow you to bet on more Heroes of the Storm matches by giving you additional wagering funds. But before utilizing bonuses, read all the wagering requirements. Otherwise, you might get confused when trying to withdraw bonus funds. More info about bonuses can be found in this best eSports betting guide.

Best Heroes of the Storm Teams

To give you an idea of who you can start placing bets on, we want to present you with some of the best HOTS eSports teams. Following teams will offer you very stable but not that high betting odds. Still, you can pull off many successful bets with them.

It is the North American team for HOTS eSports games created in 2020. The formation was founded and operated by Steven “GOON” Soto, who is a professional coach. Under the “Life is wild'” slogan, the team has won $27,000 in total. Their last achievements are second and third places in the Community Clash League Tournaments. Start wagering on WHE using eSports betting with Paypal right now.

Generation Gaming is the South Korean Heroes of the Storm eSports organization previously known as the KSV eSports. The team stomped the world of Heroes of the Storm tournaments, winning four stages of the HOTS Global Championship and getting total earnings of $700,000.

It is one of the most known American/Sweden teams in the world of eSports betting, with plenty of achievements in different games. Throughout their HOTS career, Fnatic have won several HOTS Global Championship tournament stages, and their total earnings reached over $900,000.

Do I have a live betting option with Heroes of the Storm eSports?

Yes, you can access in-play betting, but not with every betting market.

What is the future of the Heroes of the Storm eSports?

Since the game is regularly refreshed with new patches and gets much attention from the community, it will be on almost any betting site for a long time.

What betting markets should I use?

If you are an experienced gambler, take advantage of outright and handicaps. If you are new to HOTS betting, use the match-winner betting market: it has min odds, but it is a safe choice.