Special offer Get $70 risk-free bet with code
Get
tips.gg/Esports Betting/SMITE

ar1essss
13.09.2022, 10:05
What Can You Bet On? Smite Betting MarketsSmite eSports Matches and EventsProfessional teamsSmite and eSports 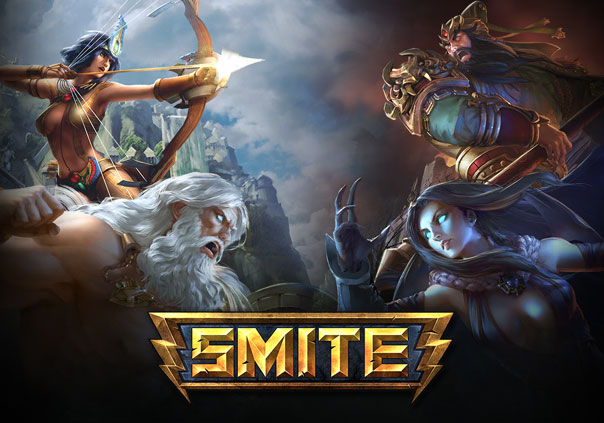 If you have ever searched for eSports games, you have probably stumbled across the game called Smite. Due to visual features and gameplay decisions, Smite has become one of the most original and enjoyable MOBA (Multiplayer Online Battle Arena) games at betting sites. Get ready to learn Smite betting features, and you will be ready to make your first wager by the end of this article. But to make a wager, you must find which betting sites to use. You can do it with the help of the table below, with a list of great Smite betting providers.

What Can You Bet On? Smite Betting Markets

To diversify your wagering experience, Smite's best betting sites are introducing different betting markets to choose from. To test the esports markets, visit any of the esport bookmakers and just play around with odds and bets. It will help you to get a general understanding of your potential profit.

Even though Smite is a relatively new game, it has already got famous for its major tournaments and events. Best Smite esports events grab the attention of the best gamblers from across the world due to the chance to raise lots of money on prizes. By the way, you can use esports betting app to wager on all of these tournaments if you want to do it the most convenient way.

The most influential tournament known by any esports scene fan is the Smite World Championship. It was founded by Hi-Rez Studios (Smite devs) and was first launched in 2015, featuring teams from America, Europe, and China. By 2015, an enormous prize pool of 2.6 million dollars was the third-highest prize pool in esports ever. For first place, the tournament winner got a prize of 1.3 million dollars and took it back to North America. Due to the huge number of bettors involved in esports betting on Smite World Championship, it gets the most betting options and highest odds.

If you want to discover older tournaments, Smite Pro League (also called a Fantasy League) is the one that originated in 2013. This event doesn't get as much attention as the previous one due to the lower prize pools and offline format, but it's still perfect to place bets, even in crypto. Learn crypto esports betting to get more profit out of it. During the Smite Pro League, you will see the eight best esports teams perform, fighting for the main prize.

The battles are parted into three main formats:

Besides those two major events, you will often find other esports competitions related to Smite. For example, many Smite betting sites conduct their matches during the season is off. Such events can be a great opportunity for gamblers to develop new betting strategies and practice before the major tournament.

The best Smite betting strategies list will always include a method where you stick with a well-performing team and bet on it. Why does it work? Such an approach allows betters to learn all five players of the team, to understand which playable characters are their best, etc. A list of these factors will let you better predict the team's performance in Smite tournaments and thus make more money off your bets and be better at live betting. Combine this knowledge with esports betting tracker, and you will be unstoppable.

So, the most successful and consistent teams to put your eye on are:

One of the best candidates to select for Smite esports betting sites is COGnitive Gaming, which comes from California and is formed in 2013. They remain an absolute best and most consistent Smite formation with a World Championship cup and total money prizes of over 2 million dollars.

NRG Esports is an old European team formed in 2016 and had great success at the beginning of its career, as they won almost every LAN. Their winning race continued all until the World Championship of 2017, which they also conquered.

This North American team has a rich history of playing through a couple of seasons when they were actively performing. Even though they haven't managed to grab any major cups, they have pretty consistent results, which matters most in Smite betting. To get even more profit while betting on EUnited, take advantage of the esport betting bonus in advance.

Among the MOBA games, Smite has a special place with its third-person perspective, conquest mode, and many opportunities for Smite esports betting. So if you have been looking for a good esport to bet on, Smite might become a perfect choice. This game will grant you action-packed spectacles in every match and high odds to win more money. Just make sure to choose the right esports bookmaker to facilitate conditions suitable for your wins. If you don't have one, select it from this list of the smite betting sites.

Can I apply bonuses to Smite esports betting?

You, Smite betting bonuses, can be used to increase your winnings and to make separate free bets.

How do players win games in Smite?

To win games, pro/casual players have to be killing minions, enemies, and push towers until they can destroy the enemy's main structure.

How to win more bets on Smite?

To win more bets on Smite, you can follow some Smite betting tips, for example, sticking with a single team to bet on.