Special offer Get $70 risk-free bet with code
Get
tips.gg/Esports Betting/Philippines

Even though more than 30% of Filipinos are video game players, many of them are unaware of the expanding eSports betting industry. This indicates that a sizable Southeast Asian audience is just getting ready to bet on eSports for the first time. We will talk about the present Philippine eSports scene in this review and look at the variables influencing Filipinos' perceptions of eSport betting and discuss the top betting sites with favourable betting odds to pay attention to. 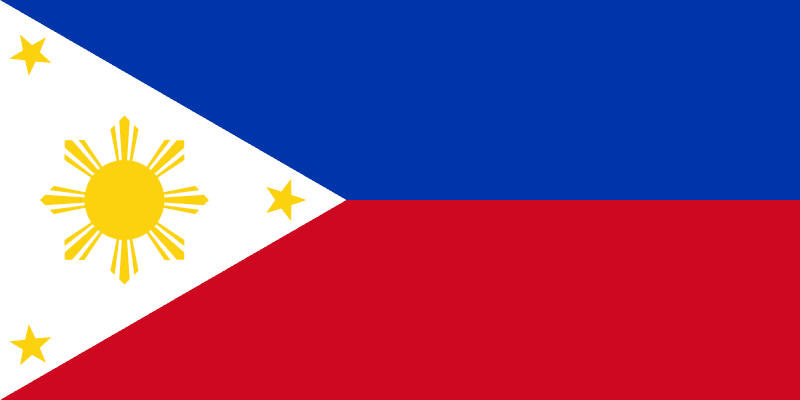 Despite being a small island country, esports are beloved in the Philippines

Is eSports Betting Legal in the Philippines?

Let's get that out of the way first. Can Filipinos place online eSports wagers? In that case, what guidelines must be adhered to?

Yes, in response to the first query! In truth, the Philippine legislation not only permits local casinos and sportsbooks but also offshore ones, allowing Filipinos to wager there. The only issue with online gambling that the Philippine government has so far is that the platform must be legal, meaning it must be authorized and subject to regulation in the nation or state where it is being utilized.

The Philippines only have one restriction — you have to be 18 or older before you can start gambling unlike eSports betting in Singapore and other Southeast Asian nations, which have several limitations on both sports and video game betting.

Everywhere in the Philippines, gamblers may place esports bets on both traditional sports and eSports. With such flexibility, it's quite difficult to imagine that eSports betting hasn't already completely taken over the nation.

How Popular eSports Betting in the Philippines is?

Today, online gaming is becoming one of the most common activities in the country. More and more young Filipinos are dreaming of making a fortune from gambling.

Although there aren't many casinos in the Philippines that offer cyber sports betting yet, some are slowly adding them to their lists.

The majority of Philippine bettors are still unaware of eSports betting online for a variety of reasons. Let's take a closer look at the most crucial factors for the Philippines' eSports betting not being a common thing.

The eSports market is a new trend

We are all aware that the eSports sector only recently began to gain popularity. The majority of the games that people play nowadays are even more recent than the eSports business itself. Dota 2, League of Legends, and Counter-Strike: Global Offensive (CS: GO) are just a few of the recent video games.

The community that supports the eSports games and betting markets is young. Many cyber sports enthusiasts in the Philippines are either minors or adults who still depend on their parents or guardians for financial support. And that leads us to the second factor.

Most Filipino eSports bettors are strapped for cash

Being young implies having little money. You can't just do anything you want with it, even if you have it. This is particularly true in the Philippines, where even individuals with employment and college degrees struggle to make ends meet.

However, the majority of Filipino eSports fans who do have any money prefer to use it on in-game goodies like skins (alternative character appearances) and points of some kind (for purchasing stuff in the game). Purchasing these in-game items is safer for parents. They are the ones who ultimately decide how their children should spend the money they provide them.

The eSports industry is not actively discussed

Of course, Philippine eSports fans are not all young and poor. Some earn a respectable income and can afford to purchase the majority of their wants. Why don't these wealthy Filipinos wager on video games if they like playing them?

Simply put, there isn't enough hype around eSports betting in the Philippines. Even though it is the global centre of social media, no matter how often Filipino eSports enthusiasts swipe and tap on their phones, they will never see their friends post about or discuss eSports betting. Because they don't see anyone betting on eSports, they simply don't do it themselves.

Although gambling is widespread in the Philippines, it is not actively encouraged. The majority of people don't even enjoy discussing money, which doesn't exactly encourage gambling.

Filipino eSports enthusiasts typically have a negative view of betting since their parents and friends advise them to stay away from any kind of bet. Even if they wanted to gamble on eSports, they don't see it occurring anytime soon.

Many Filipinos first tried online gaming at Internet cafes about a decade ago. Since then, they haven't looked back.

The excitement of shooting other players in FPS games and the joy of right-clicking monsters in RPG games rapidly captured the young Filipino generation, indicating exactly how much gaming would flourish in the nation in the coming years.

Since then, other games as well as many video game genres have been developed. The multiplayer online combat arena Dota, which invaded the Philippines, is arguably the most well-known eSports. Dota 2, a more recent and improved version of Dota, is still played by Filipinos today. They field national and international professional eSports teams like TNC Predator.

The Most Well-Known Esports in the Philippines

As of now, there are 4 titles extremely popular among Filipino players.

One of the most well-known Riot Games eSports games is Valorant. It was made available in June 2020. Valorant had over 15 million players, as of July 2021. Additionally, 12 million active users played the game each month in 2021, with a large portion of them coming from the Philippines. 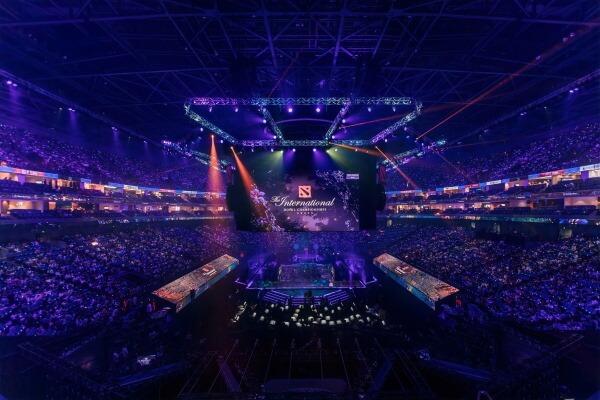 Dota 2 is incredibly popular worldwide, but especially in Philippines

Dota 2 must be mentioned while talking about the eSports titles that Filipino gamers like playing the most. It was made available for Windows and Linux platforms in July 2013. Valve is the company that created and released the game. In Dota 2, five-player teams compete against one another on various maps and locales.

Protecting their bases is one of their key goals. Every Dota 2 player has a favorite hero or character. Every hero is one-of-a-kind and has unique skills. Several well-known Dota 2 teams from the Philippines participate in the main Dota 2 competitions. Among them are TNC Predator, ArkAngel Predator, Gamers Lounge, Reckoning Esports, and Neon Esports.

Another well-known multiplayer game that Filipino gamers like is League of Legends or LoL. The rules of League of Legends are remarkably similar to those of most Dota games because Dota served as inspiration for it. LoL, on the other hand, has an intriguing steampunk, fantasy atmosphere that comes through in both its characters and design.

The game was created by PUBG Studios and launched in December 2017. PUBG is a multiplayer online battle royale game, just like the other titles on this list. It takes its cues from the Japanese film Battle Royale, which came out in 2000.

There can be up to 100 people competing against one another in each game round. Players search for various tools and weapons as soon as they land on a desolate island to take out other players. As the size of the map gets smaller, encounters become forced. The most well-known PUBG competition of this type is the yearly PUBG Philippine Series.

The Best Filipino eSports Players to Bet on

After competing in some of the greatest venues the world has to offer, several Filipino esports pros have come out of the shadows and are now well known:

An expert League of Legends player, Xmithie is currently playing for Team Liquid in the NA LCS. Before his family relocated to the United States, Xmithie spent his first 16 years of life in the Philippines. He used to play Warcraft III Dota. But in 2011, he stopped playing the game and switched to LoL. In the years that followed, he played for several teams, including CLG, Immortals, and lastly Team Liquid. He began playing competitively in 2012 with mTw America.

With dependable but efficient carry play, Raven was one of the players that helped make the Filipino Dota 2 scene popular. When he was just 11 years old, he began his career playing Warcraft 3 Dota at a little cafe in the Philippines. He has since become stronger and is now regarded as one of the top carriers in the world. He was one of just three players to accomplish winning WESG twice as a consequence. This season, his once meteoric growth has slowed down. The Filipino superstar will return to the forefront of Filipino Dota 2 soon, though.

Kuku, one of the most contentious and adored players in the Philippines, is well-known in the esports community there. He began his Dota 2 career with Mineski and made his debut in the global arena with the incredible Huskar, which sent shivers down the spines of even the strongest teams. But it was during his tenure in TNC Predator that he truly emerged as one of the faces of Filipino Dota.

The best and most talented Dota 2 player in the Philippines is probably DJ. He has even at times been referred to be the world's top support. His abilities cannot be disputed. Regardless of the position or team, he plays for, his influence on the world is enormous. In the course of his lengthy and illustrious career, DJ has worked with some of the finest players the Southeast Asian region has ever produced in a variety of nations, including South Korea, Malaysia, and of course The Philippines. The Filipino support has accumulated 759,997.31 USD in prize money, putting him at the top of the Filipino esports scene despite the fact that he has yet to win a major LAN competition.

We are aware that the Philippines only has a very small number of limitations for eSports betting. The number of eSports betting sites available to Filipinos should increase as a result, right?

Unfortunately, for some reason, the majority of platforms where it is possible to place bets on eSports do not accept Filipino bets. Even some of the most satisfactory eSports betting sites with lucrative betting odds and bonus code promotions would not allow users from the Philippines, according to their Terms and Conditions.

Additionally, the absence of local bookmakers in the Philippines is a problem. Filipino gamblers rely on offshore eSports betting platforms even if their nation hosts several professional eSports competitions.

Betting in Other Countries

Betting on esports and gambling in general in the world is often viewed negatively. In some countries, such activities are completely illegal, while in others they operate with certain restrictions. On our website you can also learn about:

All of these countries have their way of regulating local gambling activities which Filipino bettors should know.

What games are available in the eSports betting market in the Philippines?

Dota 2, League of Legends, and CS: GO are among the most popular eSports titles that Filipinos may wager on. Another popular video game in the Philippines is Mobile Legends: Bang Bang (MLBB). It often hosts eSports competitions, making it one of the top video games in the Philippine betting markets.

What are the best local teams?

Which payment methods are available in the Philippines?

Filipinos may choose from a variety of deposit and withdrawal options at eSports betting sites. They include bank cards (mainly Visa and MasterCard), digital wallets (PayPal and Skrill are the most popular options among fans of cyber sports betting in the Philippines), cryptocurrency (Bitcoin, Litecoin, and Ethereum are top-3 at any crypto betting website), and bank wire transfers.

Are there eSports tournaments in the Philippines?

Yes! The eSports industry in the Philippines holds tournaments and special events regularly. One of the most well-known competitions is The International which is meant for the most popular eSports title Dota 2.

6+ years in Digital Marketing with a focus on Inbound Marketing and SEO. I also have some background in Game Design and even tried to start my own Game Development studio. I used to play Dota but was never actually good at it, I am more of a casual gamer with a great interest in learning how things work (The Explorer Bartle's player type).