Special offer Get $70 risk-free bet with code
Get
tips.gg/Esports Betting/Japan

Japan has always been a conservative country regarding gambling. Thus, eSports betting stays prohibited, but there are still some ways you can wager without being a law violator. So today, we want to clarify what kind of betting sites in Japan are available at the moment and what games you can bet on. Keep reading, and you will find a brief guide walking you through Japanese eSports betting step-by-step. To follow this guide more fluently, use one of the betting sites in Japan we list below.

How Legal is eSports Betting in Japan?

Japan's government has a set of laws touching on the "business of enjoyment." These legal documents aim to keep the population from "bad influences" to make the nation healthier. Due to these laws, regular sports betting was prohibited for a very long time.

But when it comes to banal betting on eSports in Japan, it is still outlawed. Thus, there are no Japanese eSports websites for betting, though you can legally access off-shore sites from any part of Japan.

What are the Best eSports Betting Games in Japan?

Japanese eSports gaming market is slightly different from the rest of the world. Like, what you would want to expect, considering the fact that Japan is so distinct from western culture in every aspect.

League of Legends Betting in Japan 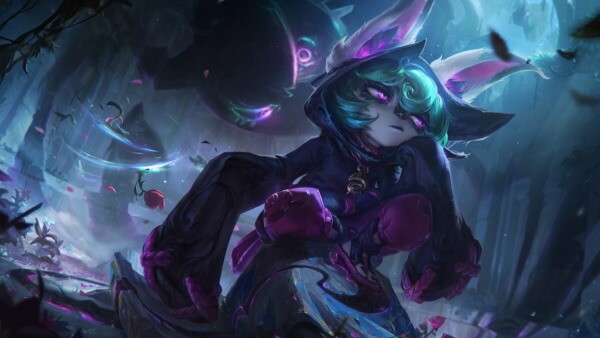 Following the Asian trend, Japanese gamers are also fans of League of Legends. It is a MOBA (Multiplay Online Battle Arena) game with a slightly quicker pace than its rivals (Dota 2). The LoL match features two teams who fight against each other on the map with three lanes and two jungle areas. Each team features five champions with different abilities. Thus, everyone utilizes a different role in the game but must cooperate to win.

To score a victory, one team has to reach an enemy's base by destroying their towers and shatter the Nexus (the enemy's main structure). To achieve that goal, a team has to get stronger by farming gold via killing minions and opponents, destroying towers, and eliminating major map bosses (Baron Nashor and Dragons). 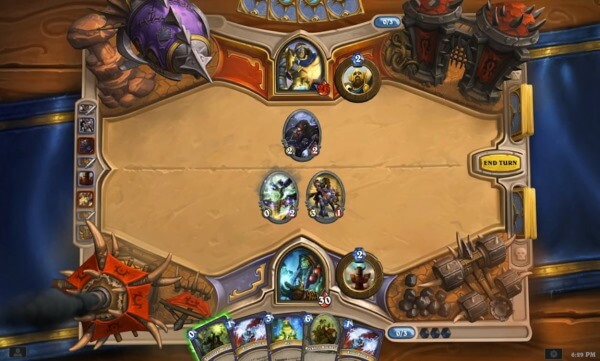 For many years card games have been a pretty unpopular niche. But Blizzard Entertainment decided to change that tendency, releasing Hearthstone. The game quickly gained momentum and became popular worldwide, including in Japan.

The game revolves around characters from the popular Warcraft universe. There are nine classes with different gameplay mechanics, each presented as one of the Warcraft characters. Players must pick one of these classes and create a deck, putting in 30 cards.

During Hearthstone eSports competitions, players must fight each other with their own decks. The match has step-by-step gameplay, where players have their turn to make a play. The first player to take down the enemy by smashing his class character (everyone has 30 hp) wins the game. 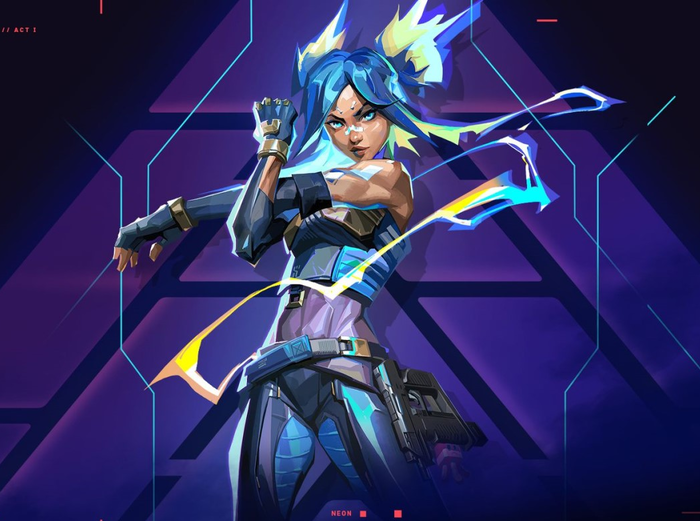 Despite being a tactical shooter, Valorant is easy to pick up and understand

Of course, no eSports market can do without shooter games. And Valorant is the most popular among Japanese bettors.

Valorant is a tactical shooter game demanding swift and strategic players. There are two teams in the game, and one of them wins once they score 13 rounds. To win a round, a team must eliminate all the opponents or plant/defuse a bomb (depending on which side you are playing). Each team has five agents (players) with different abilities. Thus, some agents can place smoke-like spheres to cover important map areas, while others blind the opponents.

Valorant appears to be an amazing betting game to watch, especially when the big eSports tournaments occur. During these events, you can find the best eSports betting markets and the most profitable odds. 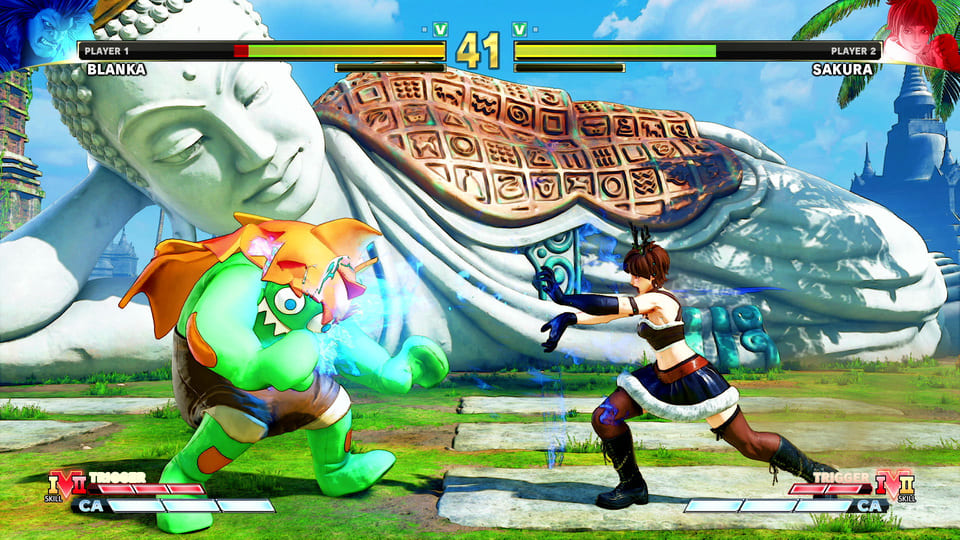 Fighting games originated in Japan, so they are especially popular there

The final game differs greatly from the previous ones. As it goes out of its name, Street Fighter belongs to the fighting genre.

The gameplay is quite straightforward, yet it takes lots of time and effort to master. You can choose from many characters and fight against other players. To win the combat, competitors have to be quick and know combos, blocking the opponent’s attacks.

Combining those factors makes each separate Street Fighter match unique and interesting in its way. Even though you might stumble upon similar matchups, the outcome will always differ.

What is the State of eSports in Japan?

When eSports betting appeared, it didn't draw much attention from the Japanese government. But the situation changed when the prize pools started reaching solid numbers, and an increasing amount of youth started gaming. That is when authorities introduced a law prohibiting any eSports tournament with a prize pool of over 100,000 yen. Later, the situation changed, and laws became less strict.

Currently, Japan is still not the best region for eSports. eSports wagering is a major factor that facilitates the growth of the betting scene. It funds the niche and attracts new people to it.

Still, you could see a major increase in eSports in Japan recently. Most of the biggest eSports betting events are centered around the League of Legends, card games, and Street Fighter.

Most Useful Tips for eSports Betting in Japan

To reach the best results when betting on eSports, it is recommended to move thoughtfully. Unfortunately, it can take lots of your time to develop a strategic and correct betting strategy on your own. But if you want to speed this process up and become a better bettor quickly, use the tips below.

If you will need any additional info, use this guide on how to bet on eSports. But keep in mind that specific regions can have a different process.

Be Good at the Game You Choose for Betting

To get the most out of eSports betting Japan can provide, you must be good at the game you wager on. Obviously, you don't have to learn every game with eSports events. Instead, choose the one you like most, and discover its basics.

This knowledge is required due to these facts:

The perfect starting point for betting is selecting a game you have already played and know a lot about. But if you didn't, you can start by watching others play. For example, go to YouTube, and check footage from previous tournaments. Or you can enjoy entertaining videos from content creators, which also help you learn the game.

The second most important factor to think about is a bookmaker. The platform you place wagers on should be, first of all, legitimate. Ensure that the platform is licensed and has strong anti-hacker protection.

Then, check the present games: you must be sure your bookie has a game you prefer. A good addition to betting would be the presence of eSports betting bonuses. They can spice up your betting experience by giving you plenty of additional funds for betting.

Also, you will need to examine the game for its betting markets. They bring diversity to your gambling routine and allow you to win more. How? Because with the ability to make multiple bets on a single match, you can get more prizes.

It is okay to be unaware of some things when using eSports betting sites in Japan. So you need to be ready to clarify things when needed. Good old internet research works very well for these purposes and helps gamblers daily.

These tips can be useful when you try to discover the events' schedules or understand how specific betting markets work.

You should never forget that you use your money for eSports betting. That is why you should be responsible and take your wagers thoughtfully. Thus, you shouldn't rush in when you see a possible bet. Instead, carefully think about all the probabilities, look at different betting markets, and check your budget, and only when this is done can you start placing bets.

Which Offshore Bookies are Available for Japanese Bettors?

Considering that Japanese players can only choose from offshore bookies, here are some of the best ones country-wise:

When choosing an online bookmaker to bet from Japan, be sure to consider that some Asian regions also prohibit eSports. For instance, eSports betting in Malaysia is technically not allowed. Something similar is happening with eSports betting in Singapore.

What Are The Betting Types Popular on eSports in Japan?

The most popular eSports bets in Japan are match-winner bets.

What Are The Available eSports Betting Markets in Japan?

The best eSports betting sites in Japan have all the essential betting markets you would need: outright, over/under bets, and Asian handicaps.

What Are the Available Payment methods in Japan?

You need to have a handy payment tool to deposit or withdraw funds when betting. eSports betting sites in Japan offer Visa/Mastercard, Konbini, Union Pay, JCB, and other methods.

Which Japanese Team is the best in League of Legends eSports?

Each eSports game has different favorite competitors. But when it comes to League of Legends, DetonatioN FocusMe remains a leading group.

Translating ambitious goals into concrete functions and features to implement those solutions. I am constantly working on making the project brighter, bolder, and more user-friendly.