Special offer Get $70 risk-free bet with code
Get
tips.gg/Rocket League

Rocket League Betting: How and Where to Bet on RL

Rocket League betting is becoming more and more popular these days. More than 50 million people play this esport game and many people also bet on it. That's why we have prepared this article with the best Rocket league betting sites.

Learn more information about betting on Rocket League, its markets, odds, tournaments, and other peculiarities in this article.

Essence Of The Rocket League Game 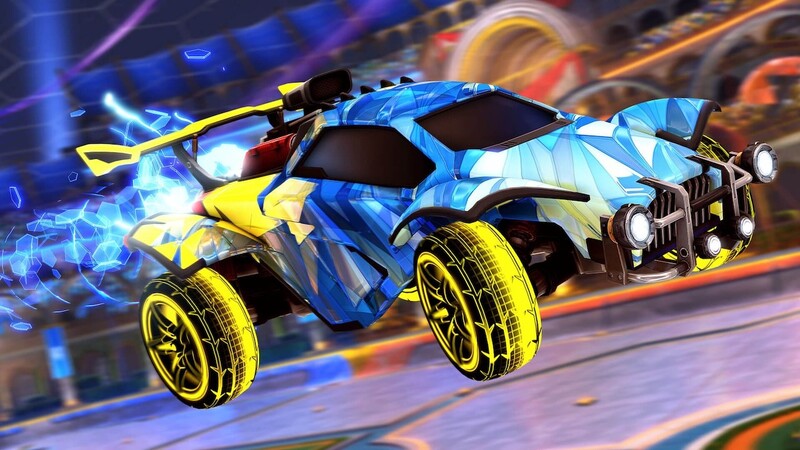 Rocket League is a soccer video game, which was launched in 2015 by Psynoix. First of all, it was provided for Windows and PlayStation 4, however, then quite quickly became available on Xbox One and Nintendo Switch.

Rocket League is the successor to the 2008 Supersonic Acrobatic Rocket-Powered Battle-Cars game that was created for the PlayStation 3. However, that game didn't get much success, but at the same time, it had a lot of fans. Therefore, in 2013, Psyonix began work on an improved version of this game - Rocket League.

The first year after launch, Rocket League remained an enjoyable game for a relatively small number of players. But already in 2016, Rocket League matches became incredibly popular worldwide, and then Psyonix decided to make this game an esport. That same year, the inaugural Rocket League Championship Series boasted a $55,000 prize pool.

The game itself is about two soccer teams, in each of them there are four people. Their aim is to score goals against each other. The main peculiarity of Rocket League is that it is played with special rocket-powered cars.

Why is this esport so popular in terms of betting? There are several reasons:

Even though the Rocket League esport has become world famous only in 2016, for each match, there are some pretty interesting betting markets which are listed below.

Let's consider the main tournaments of Rocket League and their peculiarities below.

This event first appeared in 2016 and has been held every year since then. It was created by Rocket League game developer Psyonix. The structure of this series of championships comprises three splits: fall, winter, and spring. These splits contain certain regional events in an online format. During these matches, participating teams compete for the Major of the split, which gives access to live events and LAN matches. Only 16 teams qualify for each of these Majors, gaining a certain number of points.

This series of competitions have direct connections with the previous one because it is the second division of the Rocket League Championship Series. One season of this event consists of five weeks of league play. Here teams compete with each other in their region. At the end of the season, the top two teams from each region are taken to the Promotion Tournament.

The World Championship is held after the RLCS when 3 Majors have passed. So, 16 teams get into the World Championship, 8 of which have a large number of cumulative points, and the other 8 qualify through a wildcard tournament. Thus, the teams fight, eliminating one after another, and at the end, there is a final with the announcement of the world champion. It is worth noting that the event has become so popular that its prize pool has grown from several hundred thousand dollars to several million in less than 10 years.

Above we have considered three main events for Rocket League fans. However, there are a lot of other competitions that will be held very soon:

What Should Be Considered When Choosing A Rocket League Betting Site? 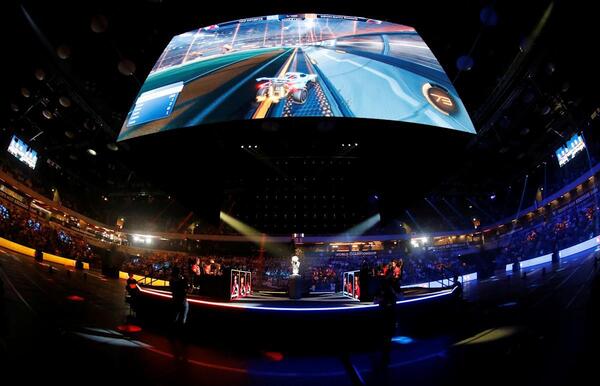 Below we have compiled a list of features that will stand a good betting site out. Let's check it out!

The Number Of Rocket League Events

There should be enough Rocket League events for betting in the bookmaker. Without a large choice, betting will be boring. Also, it is better when a bookmaker provides not only the most significant championships like RLCS or RLWC but also some local competitions.

All bettors adore bonuses, especially free bets. Thus, people may increase their chances to win. That's why a betting site with free bets as a welcome esports bonus would be a great choice.

Payment options are a vital part of choosing a betting site. E-wallets, crypto, and bank cards should be accepted and represented in several variants. To know where to find sites with certain payment options, a reader may get familiar with our previous articles:

The list of all available Rocket League betting markets has already been mentioned above. Perfect esports bookies will have a choice of all of them.

The odds on RL should be competitive enough. It is better to compare the odds provided by different esports bookmakers to understand where the greatest offers are. Also, a reader may glance at our article esport live odds to realise how to find the best odds.

It is also a good idea to check whether a site has something pleasant and unusual to offer. For example, some sites provide live esport betting and live broadcasts of matches. These functions are amazing enough because they allow the punter to place bets directly during the event.

To place a successful esport bet on Rocket League, the next tips will come in handy:

Here a reader may get familiar with the best Rocket League players:

How to place a bet on Rocket League?

Is it possible to have several accounts on a betting site?

No. It is prohibited by the policy of all online bookmakers. One user may have only one account, which will be linked to his/her ID.

In which country is Rocket League most played?

We can name five countries, where the largest number of Rocket League fans live. They are the USA, Germany, the UK, France, and Brazil. The USA is the greatest lover of this esport having about 24% of the whole world's fan base.

On which platforms is Rocket League played?

Now this game is available on the next platforms:

Is it possible to bet on Rocket League via a smartphone?

Yes. Many online bookmakers provide betting mobile applications, where all the same functions as on their websites are represented. They are used for betting on RL.