Special offer Get $70 risk-free bet with code
Get
tips.gg/Esports Betting/FIFA

FIFA is one of those types of esports in which you can't look away. Every year, a team of developers releases a new version of the game bringing it to perfection, In this review, we will show how to bet real money on esports successfully on the FIFA betting sites. 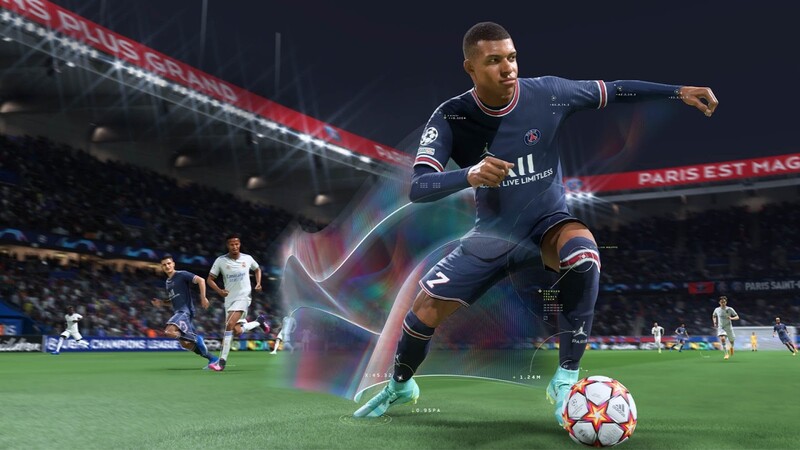 Listed in Guinness World Records as the best-selling sports video game franchise in the world, the FIFA series has sold over 325 million copies as of 2021. Image credit: EA Sports

Everyone has played real football at least once in a lifetime. Some of the readers could even bet on a huge football game. FIFA is a virtual football game for PC/Xbox/PS users. The difference is that in a real football there are 11 players and a coach from both teams. FIFA esports is a 1v1 game where sportsmen are acting in all the roles (coach, field players, etc.). Sometimes, it can be 2v2 games, but most FIFA tournaments are played in a 1v1 format.

The Biggest eSports Events in FIFA

Everything has changed since 2004, and now dozens of FIFA esports tournaments on different platforms are going on throughout the year. We have united the most popular ones in one list for the comfort of our readers. You can make a bet on each of these events using FIFA esports betting sites.

FIFA eWorld Cup is an esports tournament held by FIFA and its presenting partner EA Sports. It is the most popular and reputable esports tournament that FIFA has in its instrumental. 400,000$ prize pool is drawn between the best FIFA gamers in the world. Dozens of FIFA matches are played during the tournament which means there are plenty of esports betting options for FIFA fans.

eMLS Cup is held by MLS (Major Soccer League). It acts like a regional qualifying tournament for the US FIFA esports athletes every year. The best of the best are going straight into the eWorld Cup. In 2013, a record was set. More than 2.5 million players registered for the eMLS Cup!

The prize pool is not that big as eWorld Cup has - 15,000$ for the winner in 2019, for example. But the winner will take part in the main FIFA tournament of the year. Quality FIFA betting site than was mentioned higher have plenty of FIFA betting opportunities on eMLS Cup.

It is a local Champions Cup in the Asian region that is played in 1v1 with all the illustrious Asian brands and players. The prize pool of the Cup is 300,000$. The tournament is played on the PC platform. Every good FIFA betting site that is oriented toward the Asian region has a huge number of betting markets on every of the eContinental Cup matches. 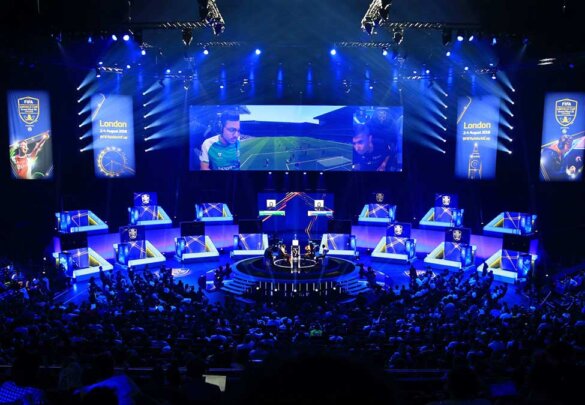 While there are a lot of regional leagues and tournaments, the capital of FIFA esports is surely London.

The prize pool in the finals is 225,000$. 8 players are competing for the main prize of 75,000$. EA Sports is the main organizer of the tournament. Top FIFA betting sites always have eChampions League matches in their esports crypto betting list.

The location of this offline league is Great Britain. It is also an analog of a real Premier League in football. FIFA players are participating in such clubs as Chelsea, Arsenal, Everton, Manchester City, etc.

It is an American-based league with a prize pool of 15,000$ where the strongest US players are taking part. Every year, eMLS fascinate viewers all over the world. It is also one of the most hyped events in the esports betting industry. Bettors from the USA who watching eMLS - can use esports betting PayPal to cheer for their favorite player or a team.

Types of bets in FIFA

FIFA esports odds can differ from one website to another. There are 3 main types of odds:

Some online betting companies provide an opportunity to choose between these odds formats. Betting on FIFA online using these odds is very simple. Just pick a betting market, enter the amount of money you would like to wager, and see the expected winnings. A punter doesn't have to calculate anything himself, it is automatically done on the website.

Betting odds can also vary and be less or more beneficial for the customer. In this case, everything is a little bit more complicated. FIFA Odds are usually very similar on different websites. But some of the best FIFA esports bookmakers that we have mentioned at the top of the article can provide better odds for its customers. Try out esports betting Skrill or Esports betting Neteller to test above mentioned odds formats yourself.

The biggest esports organizations all over the world included FIFA as their top-priority esports discipline. They are looking for the best FIFA players to defend the colors of their brand on the esports scene. And there is no wonder - FIFA attracts millions of viewers every year and has enormous advertising contracts. Below, you may see a list of these organizations that succeed a lot in the FIFA esports scene!

Fnatic is an esports organization that is taking part in many esports disciplines like CS:GO, Dota 2, and LoL. But the biggest success they have got from their FIFA roster. Fnatic is holding first place among the FIFA teams for the biggest tournament winnings (more than 200,000$). They are taking part in almost every big event and doing it very profitably.

Falcon is not as big of an esports organization as Fnatic, but they are not less successful at all. Aldossary Mossad - champion of the world known as Msdossary7 is also playing for this Saudi Arabian roster.

This Italian team achieved great results in 2021 like the winners of the FIFA 21 Global Series EU Qualifier 1 and the FIFA eClub World Cup 2021 Europe. You can bet on Mkers from any esports betting app!

Many of the real football teams have their FIFA rosters. And Manchester City FC is the strongest team among them right now. They are competing in various tournaments like the ePremier League. They won it in seasons 2020-21!

Astralis is not only one of the biggest CS:GO brands in the world, but also a very outstanding FIFA team. They finished runners-up in the FIFA World Cup 2021. We think this roster has a bright future.

How to bet on FIFA successfully?

It may be hard for newcomers to bet successfully from the beginning. That is why we have prepared a FIFA betting guide for those who don't know how to start:

Find the best FIFA betting site for you

Every bettor has his own criteria to choose a betting site. Find the best site and start betting on FIFA using a list of FIFA betting providers that we have offered at the beginning of our article.

Esports betting bonus is one of the most attractive benefits for new customers. With a help of them, you can try out more different types of bets on FIFA and earn more money from it.

It doesn't mean that a new player should only bet on a winner of the map. But starting betting with complicated prop bets is not a very good idea.

A majority of the FIFA betting companies provide pre-game statistics on their websites that can help a player to make the right decision. Try to learn it, before making a prediction.

What is the best FIFA betting site?

There can't be a direct answer to this question because every punter has his own criteria to choose a betting site. But we can assure you, that every of the FIFA betting companies that we advised you at the top of the article is worth playing on it.

Is it legal to bet on FIFA?

Yes, it is completely legal to bet on FIFA matches if betting is allowed in your country.

What are the best FIFA betting bonuses I can claim betting on this video game?

I've loved video games and foreign languages since childhood, so working on gaming content is like a dream come true for me. Even though I don't have much experience in this field, I strive to learn and improve every day.