Special offer Get $70 risk-free bet with code
Get
tips.gg/LoL Betting/MSI

League of Legends esports scene prioritizes regional competitions over international tournaments. Large international events like Mid-Season Invitational happen only twice a year, which makes LoL MSI betting so coveted by esports betting fans. Let's take a look at the event, its format, and what exactly makes it so attractive to esports bookmakers and fans.

As its name implies, Mid-Season Invitational (or MSI, for short) takes place between the Spring and Summer Splits of regional leagues. Typically taking place at the end of Spring, MSI is around two or three weeks long. MSI 2022, for example, took place over 19 days.

Since MSI is the culmination of the first half of the professional year, it includes teams from all Riot Games-sponsored leagues. For instance, MSI 2022 saw the following regions compete: North America, Europe, China, Korea, Vietnam, Oceania, Turkey, and the Pacific Region (Hong Kong, Taiwan, Macau, Southeast Asia) for a total of eleven teams.

Usually, twelve teams are invited, but LCL (League of Legends Continental League) lost its spot due to Russia's invasion of Ukraine.

Only the best of the best in their regions can advance to MSI - in a way, it's even more competitive than the main Worlds 2022 event!

The whole event is separated into three stages. Let's take a look at them:

Round Robin is a tournament format in which all the participating teams have to play against one another X number of times before the stage is over. In a Double Round Robin, the teams play against each other two times, and so on.

Since League of Legends is the most popular esports title in the world, it's no surprise that the vast majority of bookies heavily prioritize featuring its events. Still, some are better than others at their job. Let's take a look at some of the TIPS.GG approved picks for Mid-Season Invitational betting. The LoL betting sites use promo codes - use our code TIPSGG to get awesome bonuses.

Best Site For Mid-Season Invitational Betting In The US: BetUS

The state of esports betting as a whole can be a little complicated. While the industry is moving at full speed towards full official legalization, it may still be a challenge to bet on esports events such as the Mid-Season Invitational for residents of some US states. Certain bookmakers make the experience much easier, however - and BetUS is the leader of the North American market. As this bookie is fully legal in all parts of the USA, it is definitely our pick for the US bettors. It has plenty of other great perks: their bonuses and Mid-Season Invitational odds are great.

Site With Most Betting Markets For LoL MSI Betting: Rivalry

The international giant Rivalry is an undisputed king when it comes to featuring the most betting markets. From the classic match winner and outrights to the most extravagant prop bets and specials, Rivalry has it all. Obviously, Rivalry is also a go-to pick for League of Legends betting for those who enjoy the widest variety of esports betting markets. 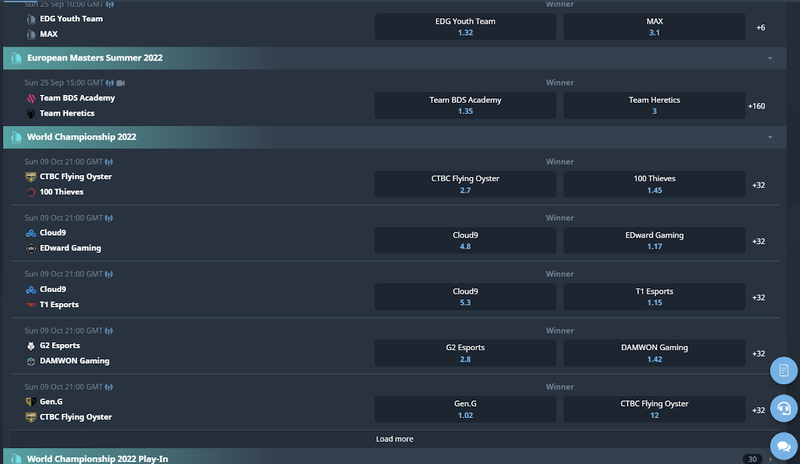 Bitsler covers all the big LoL Events like MSI and Worlds, but also many smaller ones as well

While it is a relatively new esports bookie, it has carved itself into a wonderful niche in crypto esports betting. Long gone are the days when crypto was reserved for just geeks and nerds - as its popularity exploded, it has become a widespread interest of many. Bitsler offers numerous perks compared to the classic betting sites: complete anonymity and user protection among them. Bitsler's betting markets and event coverage are fantastic for popular esports titles like League of Legends.

Contrary to the monetization formats employed by titles like Dota 2 and CS:GO, MSI's prize pool is rather modest. MSI 2022 prize pool capped out at just $250 000.

Instead, Riot Games opts for the team franchising system that offers the professional teams enrolled in the official leagues constant salaries. This way, while the top winnings are lower than the competitor games', the scene receives more holistic support on every level.

League of Legends MSI: Past Champions And Notable Teams

When placing bets on match winners or outrights, it goes without saying that knowing past winners of the event boosts the bet accuracy. Let's take a look at some of the most important teams worth paying attention to when betting on MSI. Starting off with the list of most relevant MSI winners.

While the history of the event is a quite an interesting and unique topic, going back too far in MSI history will make us review teams that have overhauled their rosters completely. Therefore, we believe it's worth it to review the champions going only three years back.

2019 saw the most powerful surge of European region the League of Legends' scene has ever witnessed. G2 Esports, the European superteam known for its rosters in many different titles, made their names known as the champions of an international tournament after beating Team Liquid in the event's grand final. Interestingly, the regions that previously dominated the scene (China and Korea) did not even make it to the finals. MSI 2019 was unique in this regard: fully Western grand finals are rare as all hell.

MSI 2020 is missing. Sadly, the event went on a hiatus for the year due to the coronavirus pandemic.

The massively influential Chinese super team Royal Never Give Up took the gold on MSI 2020. Its best-of-5 series against DAMWON Gaming was an absolute banger. Two of RNG's players made it into the event's MVP leaderboards: Shi "Ming" Sen-Ming and Li "Xiaohu" Yuan-Hao. Overall, the team has cemented itself as one of the main contenders for all the international titles of the year with their performance on MSI 2020.

The Chinese super team struck once again in 2022. RNG dispelled the notion of T1's alleged superior form with their phenomenal performance in the grand final. RNG's jungler Yan "Wei" Yang-Wei earned himself the title of the event's MVP with his final performance and proved himself as T1's Mun "Oner" Hyeon-jun's superior.

Of course, not just the winners deserve recognition. Let's look at the rest of the strong contenders - and sometimes underdogs- worth paying attention to when betting on MSI. Or even League of Legends Worlds betting! 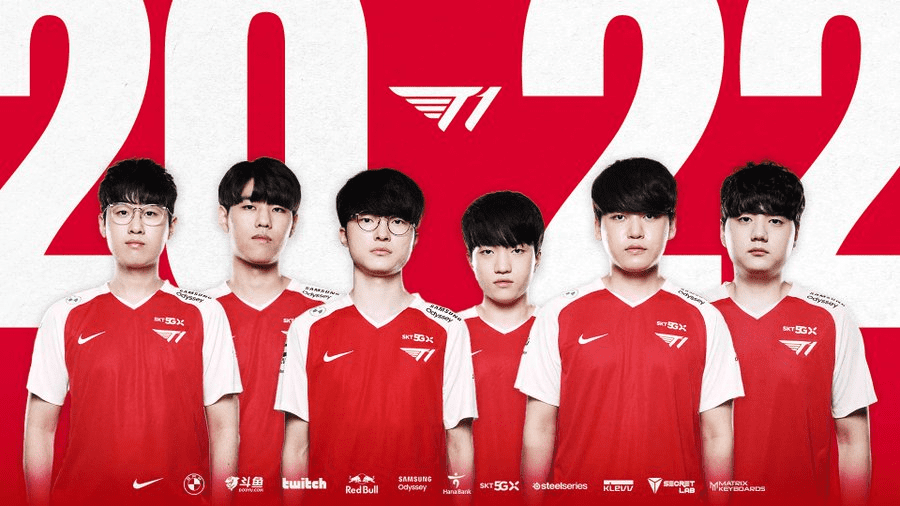 Formerly known as SKT T1, this is probably the most known professional team on the entire esports scene - not just League of Legends. T1 holds the record for most World Championship golds, and the team attended all but 2 MSI events. Prior to MSI 2022, T1 broke the world record for the longest undefeated professional game streak: 26 best-of-3s won in a row for a flawless LCK 2022 Spring split.

This Korean team never won a Mid-Season Invitational, but they won World Championship 2020 instead. They're always in the top-3 strongest LCK teams, so they should never be overlooked when betting on MSI. In 2021, they were the grand finalists of Worlds, only losing out to EDward Gaming in a close 5-map series.

The legendary European organization and the very first World Champions, Fnatic, commonly appear on MSI and almost never miss Worlds. Although the organization has claimed no titles beyond Worlds 2010, its roster is one of the leading teams in Europe, and shows good results internationally against other S-tier teams.

The Chinese superteam that claimed gold in the World Championship 2021, EDG is one of the main competing teams in the industry. Surprisingly, they are rarely seen on MSI - but when they are, make sure to pay extra attention to them. The only MSI they ever attended in their history was a victory against SKT T1 in the finals, no less!

MSI is a massive event for a massively complex title. League of Legends offers a massive playground with millions of different interactions at play. Combine it with a large-scale clash of the world's best teams, all with specific playstyles, and you get a lush esports betting scene.

The vast majority of esports betting sites prioritize giving the spotlight to League of Legends event. As such, it's quite easy to find most various LoL MSI betting markets that take advantage of the title's inherent complexity. Let's take a look at some of the most popular and outlandish bet markets there are.

And many others! This is by far not an exhaustive list of LoL MSI betting markets. Different esports betting sites may offer dozens of other betting options, each with their own spins on the formula.

League of Legends is not the easiest title to get into. As we've said, the game is insanely complex. This makes making decisions on match and tournament outcomes way harder than in more streamlined competitive games like Fighting games. Fret not: our team at TIPS.GG has prepared a short guide on how to maximize your bets' accuracy in very simple ways.

This one is fairly obvious, but its importance can't be overstated. Even the most knowledgeable League of Legends esports analyst will fail without a quality bookmaker. We have prepared a whole guide on how to find the best LoL gambling sites. Click on the link to find more, but long story short: value reputation, customer support, and a variety of betting markets first and foremost. And don't forget high LoL betting odds!

Try Out The Game 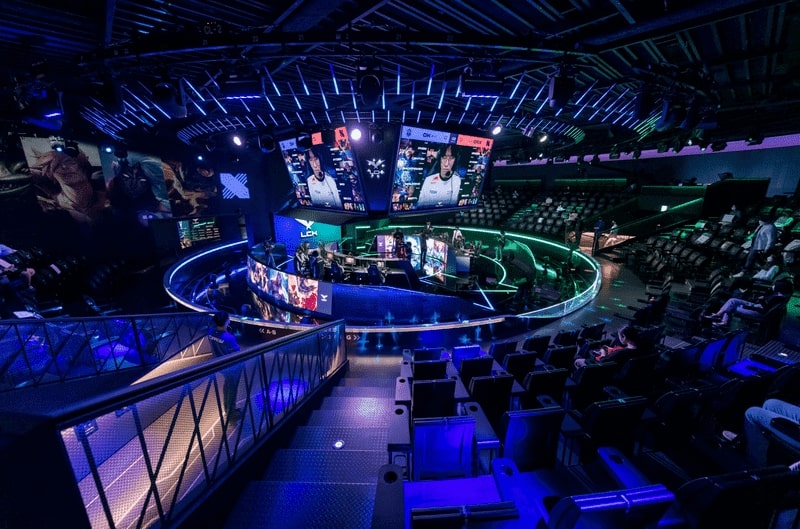 As one of the biggest LoL tournaments, MSI garners a lot of attention from players and viewers alike

All this talk about League of Legends' complexity, but thankfully, the game is completely free to dip your toes into. Besides, there is a myriad of learning resources for all levels of play: from the lowest amateur level to the highest ranks. Still, you're unlikely to become rank one from just reading them, but a deeper understanding of game mechanics is an undisputed factor of making high-accuracy wagers.

Obviously, knowing the scene is extremely important for professional League of Legends match betting. There are dozens of high-tier professional teams to keep track of, so this might get a bit complicated to do at times. Thankfully, there are also a lot of resources to track pro statistics, team news, etc. Resources like Leaguepedia are fantastic for tracking roster changes. Our site presents a great tool to gauge team and player performance you can use to make your predictions much more accurate.

Be Prepared To Be Wrong

It might sound weird, but no amount of game knowledge and preparation can guarantee a 100% rate of success. Even the greatest esports visionaries are bound to make mistakes from time to time. In the world of esports betting, upsets are commonplace. With this in mind, never bet more than you can afford to lose, and don't chase losses. These are the key principles of responsible gambling!

When betting real money on League of Legends, the term "chasing losses" refers to the instinctual attempt by the gambler to overcompensate for a previous lost bet in an attempt to break even. This usually doesn't end well, so try your best to avoid it!

Is betting on LoL MSI legal?

Largely depends on your local laws; however, in the majority of the world, it is perfectly legal, just like any other sports betting.

Where can I bet on LoL MSI?

We have made a list of the best LoL MSI betting sites you can find above. All of them are thoroughly reviewed and tested by our team.

What are alternatives to LoL MSI betting?