Special offer Get $70 risk-free bet with code
Get
tips.gg/CS:GO News/BLAST to host next World Final in Abu Dhabi

BLAST to host next World Final in Abu Dhabi

The famous Danish tournament organizer, BLAST, has chosen the place for the next World Final, which will take place late this year in December. The previous tournament of this series was held in Copenhagen, Denmark. 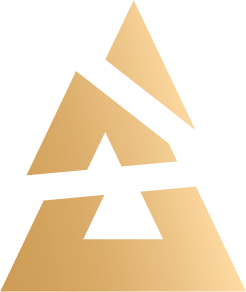 The #BLASTPremier World Final has found a home…

Hosted at the Etihad Arena on Yas Island, the BLAST Premier World Final will run from 14th-18th December. It will feature the world’s biggest esports teams battling for glory and a share of the tournament organizer’s biggest prize pool of the year.

FaZe Clan and Natus Vincere are the only two teams who secured the slots for the final BLAST event this year. The international team won EPL S15 and PGL Major Antwerp 2022, while the Ukrainian roster became the winner of BLAST Premier Spring Finals.

As part of our host cities process, we are always on the lookout for leading locations and arenas all around the world, Abu Dhabi is the perfect location to follow on from this month’s highly successful Spring Final in Lisbon and November’s Fall Final in Copenhagen. The World Final will follow in the footsteps of popular sports such as UFC, F1 and NBA in hosting major events in Abu Dhabi and the remarkable Etihad Arena provides the perfect stage for our World Final event. Esports and the gaming sectors are growing at a rapid pace in the Middle East with hundreds of thousands of people engaged with gaming, as either players or spectators. BLAST is committed to bringing our best-in-class shows to all corners of the globe and we are proud to be working with AD Gaming to provide the BLAST Premier World Final in Abu Dhabi.

The BLAST Premier Fall Finals winners, EPL S16 and IEM Rio Major, become the following three participants of the BLAST World Final. The last three spots will remain for the leaders of the Global Leaderboard. Now there are ENCE, G2, and Team Vitality. But a large part of the season is still left, and many points have not yet been played. For the first place, the team will receive $500,000 from the prize pool.

The current winner of the World Finals series is NAVI. They won BLAST World Final twice in a row, 2020 and 2021. In the first season, they took victory over Team Vitality online, while last year, they won against Gambit Esports with a score of 2:1 on LAN in Denmark.

The main intrigue is whether NAVI can win the BLAST World Final event for 3rd time in a row or not? The answer to this question we get this December. Or FaZe Clan will build a dynasty, trying to win all big events this year.

BLAST Premier World Final 2022
10:43
Complexity replace junior with hallzerk
10:23
tabseN and gob b extend contracts with BIG until 2027
18:54
FLUFF: the Counter-Strike classic "Door Stuck" is going to b...
14:27
Mastering Apps/Balcony/Pit on A Site of Inferno
12:51
Future of Aleksib: where will the Finnish IGL go?
14:35
Five key storylines of WePlay Academy League Season 5
00:18
Mastering Banana Control On Inferno
10:13
RobbaN praises Karrigan as the best IGL of all-time
01:43
FaZe Clan defeated NaVi to win IEM Cologne 2022
18:09
Who can save G2 in the second part of 2022?
15:08
IEM Cologne 2022: s1mple's gift surprises the community
07:51
A Tactical Breakdown Of NaVi vs Astralis in IEM Cologne 2022
21:39
A Tactical Breakdown of the Quarterfinals of IEM Cologne 202...
14:25
degster joins OG from Team Spirit
20:30
NAVI stop Movistar Riders to secure semi-final spot in Colog...
Hello
Esports
CS:GO
Dota 2
League of Legends
Overwatch
Valorant
Help & Settings
Language
Odds
Information
We use cookie files to provide users personalized content, additional functions, and to perform the website traffic analysis. When using tips.gg, you agree with our cookie policy. Got It!