Special offer Get $70 risk-free bet with code
Get
tips.gg/CS:GO News/NaVi bounce back from 2022 woes by reaching the Grand Finals in BLAST Premier Sp...

The new-look NaVi has been playing the “take the revenge” game as they thrashed the Major champions to humiliation to partially avenge their Antwerp Major Grand Final loss and defeated OG to avenge their Group Stage loss. 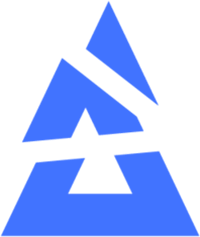 The chaos in recent times in the NaVi camp and the flailing form of FaZe Clan post their Major win meant witnessing a close, cut-throat match was a fair expectation. But I doubt even the NaVi players themselves expected the spanking they were about to hand to the international roster.

Despite the new IGL and a stand-in, NaVi showed no mercy on the reigning champions of the Major. They even went on to avenge their Group Stage loss to a sturdy and stubborn OG, to set up a dream Grand Finals against Vitality.

ZywOo and the ex-Astralis core has been probably the biggest thorn in s1mple’s glass in his way to the top of CS:GO, and now here they are, all fused and ready to rumble.

But let’s not get ahead of ourselves. Let’s take a quick look at the two iconic matches NaVi played en route to the Grand Finals.

Before we discuss the two matches, let’s look at the changes in the system B1ad3 has implemented to accommodate the new roster. On Mirage, it’s fairly straightforward. Boombl4 used to play

The match started on NaVi’s pick of Dust 2. With electronic at the tactical helm, NaVi managed to put on a near-flawless T side, winning the first half 13-2. electronic was phenomenal with his fragging output. FaZe Clan’s CT-sided issues against G2 in the Group Stage were carried over to this match as well, and the scoreline aptly reflected that. NaVi’s attacks were a great mix of fast and slow rounds.

NaVi were great even in disadvantageous situations. Their roster might’ve changed but all of these people are masters of the fundamentals of Counter-Strike. They know how to enter a bombsite, they know how to isolate players and win their fights. NaVi perfectly demonstrated that all they need is a simple, functional system to shine at their brightest. They don’t need the most fine-tuned and specific players.

If the first map was a lucky fluke, then the second map must be the official Oxford definition of black magic.

electronic’s new strat “electronic, go kill” had worked wonders on Dust 2, but for Inferno, he passed the baton to s1mple, who must’ve been hungry for an Inferno revenge himself. Watching Inferno was nearly nostalgic for me. s1mple and electronic, both at the top of the scoreboards, tormenting and harassing whoever crossed their paths. Peak 2018 NaVi.

In the first half, the CT-sided NaVi posted 14 rounds, soon making it 16-1. There’s barely an analysis you can do there. s1mple is the best player in the world, and NaVi is the best team, even with a stand-in.

In the old NaVi, electronic would play passively in Pit, and Boombl4 would play aggressively in Banana during the CT sides. The clear difference between the roles meant Inferno CT sides could be one to exploit for the opponents. B1ad3 knew this, and as he said in his interview, Inferno was the map NaVi prepared their hardest on coming into the tournament.

In the new NaVi, electronic plays Arch, relegating s1mple to either one of the bombsites. b1t plays Banana (to perfection, by the way) and sdy takes electronic’s ex-role in Pit. It’s a complicated and cerebral change, but as we witnessed from that 14-1 half, it works wonders.

FaZe Clan were almost definitely underprepared and on a high of winning the Major, but as karrigan said, they’ll have to ramp up their prep now. Not reaching the Grand Finals in Cologne would be a disaster for him and the team.

NaVi had unexpectedly lost to OG, even after winning the first map, in the first match of the Group Stage. degster and NEOFRAG had elevated themselves to make this happen, and the European squad even went on to defeat ENCE 2-0.

OG was definitely looking like the team to beat, but I’d be surprised if they weren’t feeling scared when they saw s1mple and electronic put in these vintage performances to disgrace FaZe Clan.

The match started on NaVi’s pick of Dust 2. Despite winning 16-9, the game was much closer than the scoreline suggests. OG’s inexperience was one of the sharpest tools in NaVi’s shed. A great round to demonstrate this is Round Number 3. OG perfectly read the B play, and shut down both Perfecto and b1t. sdy got a kill on the Window player immediately, and NaVi call off the B play.

NaVi knew the positions of the OG players. nexa near Doors, and NEOFRAG near Car, with F1KU dead on Window. The best way to use so much information is to send electronic, the Cat lurker to Mid, cutting off the rotations. Now it’s a definite 2v2 in B. After NaVi called off the play, OG’s inexperience showed. NEOFRAG walked through the smoke in hopes of establishing a fast flank, but s1mple was there to pick up the kill. What once was a 3v5 disadvantage now became a potential 3v1 on B site.

electronic had stayed completely silent in Mid all throughout the round, and since the two A players had no information on the new IGL, there was no chance for them to retake. By doing virtually nothing, electronic did everything. From cutting off rotations to forcing off enemy retakes, NaVi and electronic won the round through positioning and mind games alone.

An experienced team probably wouldn’t send NEOFRAG through the B smoke, especially since OG had no Mid control. Losing on that end meant even a 3v3 was virtually impossible.

After narrowly winning the first half, NaVi won two very crucial rounds in the second half to practically seal the map. 11-9 in the lead, NaVi was on the verge of losing their advantage. Despite being outnumbered and outpositioned, NaVi managed to make a great retake happen on A, followed by sdy’s 4k from Long in the following round.

The second map was OG’s surprise pick of Inferno, given that NaVi had defeated them on it in teh Group Stage (and of course, that 16-1 Inferno game against FaZe).

NaVi started the game on the backfoot, as they fell behind 6-1 on their CT side. The quick plays from OG kept NaVi from getting anything done, and by the time NaVi did stabilise the situation and put in a few rounds on the board, OG had switched up their game plan again. Eventually, OG finished the half with a commanding 10-5 lead.

NaVi stepped up immediately and equalised the game 10-10, and it looked like it would be another streaky map from NaVi, leading to an easy 2-0. OG were undeterred as they watched their lead disappear, though. nexa had some great impact rounds, and some of those 3-man stacks really helped OG win back some momentum and confidence. They took a 14-10 lead, and despite extreme resistance, they managed to win the map 16-14.

The match had gone to Mirage. The first half was again closely fought, and it looked like OG would finally repeat the Group Stage story to send NaVi packing from Lisbon. OG took a 8-7 lead in the first half, but their T sides in the second half couldn’t get anything done. electronic got 22 kills in the 11 rounds that followed, and the NaVi defense was nearly impenetrable.

It was a stunning display from electronic, who always found the right timings and flanks to earn NaVi key advantage all over the map.

That sealed the win for NaVi, who reached the Grand Finals of BLAST Premier Spring Finals as unexpectedly as Vitality did.

We get s1mple vs ZywOo now. apeX vs electronic, the two IGLs who once weren’t. We get a team that forever was deemed a failed project facing off another that was killed and dethroned from the outside.

It’s a shame only one can win.

G2 Esports
10:43
Complexity replace junior with hallzerk
10:23
tabseN and gob b extend contracts with BIG until 2027
18:54
FLUFF: the Counter-Strike classic "Door Stuck" is going to b...
14:27
Mastering Apps/Balcony/Pit on A Site of Inferno
12:51
Future of Aleksib: where will the Finnish IGL go?
14:35
Five key storylines of WePlay Academy League Season 5
00:18
Mastering Banana Control On Inferno
10:13
RobbaN praises Karrigan as the best IGL of all-time
01:43
FaZe Clan defeated NaVi to win IEM Cologne 2022
18:09
Who can save G2 in the second part of 2022?
15:08
IEM Cologne 2022: s1mple's gift surprises the community
07:51
A Tactical Breakdown Of NaVi vs Astralis in IEM Cologne 2022
21:39
A Tactical Breakdown of the Quarterfinals of IEM Cologne 202...
14:25
degster joins OG from Team Spirit
20:30
NAVI stop Movistar Riders to secure semi-final spot in Colog...
Hello
Esports
CS:GO
Dota 2
League of Legends
Overwatch
Valorant
Help & Settings
Language
Odds
Information
We use cookie files to provide users personalized content, additional functions, and to perform the website traffic analysis. When using tips.gg, you agree with our cookie policy. Got It!