The week will start off with a banger, as DWG KIA will battle against Gen.G, and Fredit BRION will face KT Rolster in the second series of day one.

Day 2 will be open with the match between Kwangdong Freecs vs Nongshim RedForce and T1 vs Liiv SANDBOX will close out the day.

Without further ado, let’s get right into the prediction of T1 vs Liiv SANDBOX.

If you are feeling lucky and want to make the most out of your predictions, make sure to check our Lol betting guide. 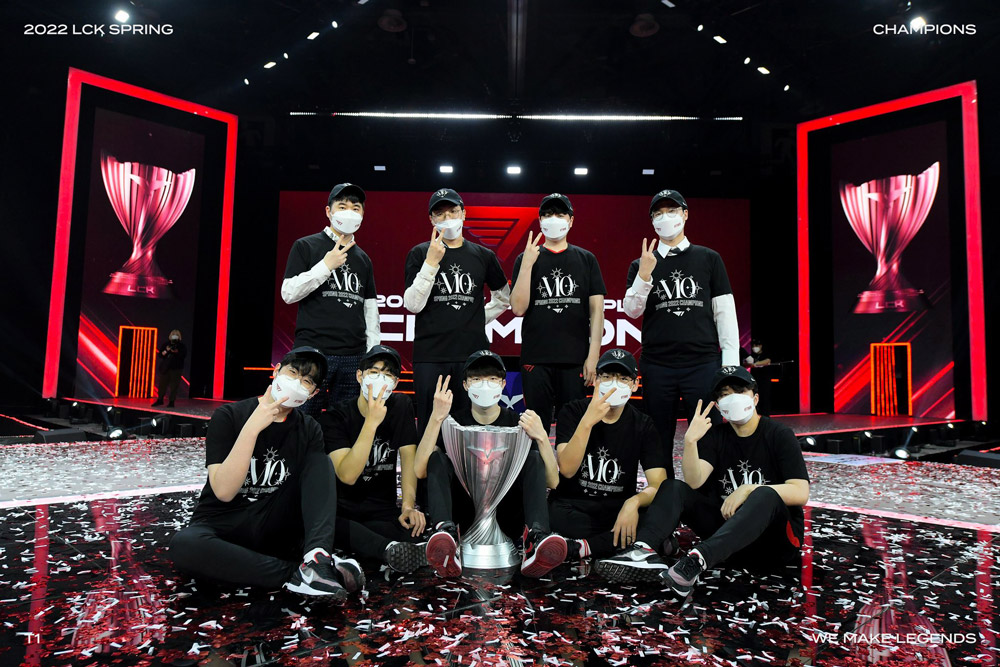 The reigning LCK champions and MSI vice-champions T1 started this Summer Split on the right foot, defeating Nongshim RedForce 2-0, and KT Rolster 2-1 with a comeback win on game three, a game most would think KT Rolster was surely going to take but T1 managed to make the comeback and finished week one undefeated.

However, this Split will be much harder for T1 and I think it’s very unlikely they will go 18-0 once again or pull out a similar result.

Teams such as Geng.G, DWG KIA are looking really good and T1 will need to convincingly defeat the bottom-tier teams in order to maintain their dominance, wish I think it’s something T1 will be able to do without any problems.

This is a very young and interesting team, with players like Clozer, Kael, and Prince who still have a very long career ahead of them and haven’t hit their prime. Despite that Prince has been playing since 2016 while, Clozer started his career in 2019 on T1 where he stayed until 2021 when he moved to Liiv SANDBOX, he is only 18 years old but already has some experience under this bag.

When it comes to the early game, T1 is one of the best teams in the world, but due to the fact the LCK meta is very slow right now and focused on getting to the late game, T1 early game stats fell down a little bit.

Despite that, the team still has an average gold lead of 1k at the 14-minute mark, an 80% first tower rate, and a 40% first blood rate which is quite low compared to their Spring Split rate.

As for Liiv SANDBOX, their early game is not the best. They have a gold deficit of almost 2k at the 14-minute mark, a first tower percentage of 50%, and a first blood rate of only 25%.

It’s safe to say Liiv SANDBOX strengths are not in the early game, but in the mid to late game.

However, against T1 you need to have at least a solid early game in order to reach the later stages of the game on equal footing.

On paper, T1 is by far the best team, with superstars in every role, and they have shown to be a flexible team when it comes to the drafting phase, and are also very good at understating their composition and playing to its strengths.

Maybe Liiv SANDBOX can take a game of T1 and even make the series an interesting one, but I see T1 as a title contender and overall one of the best teams in the world, and it would be hard for time to see Liiv SANDBOX wining versus T1 in a best-of-three format.

I think T1 will comfortably win this series and secure their third victory of the Split.

It will be interesting to see how Liiv SANDBOX will be able to match T1 since the team wants to make a playoff push this Split and a good performance versus the champions would give them a good morale boost.