Without further ado, let’s get straight into DRX vs Liiv SANDBOX prediction. 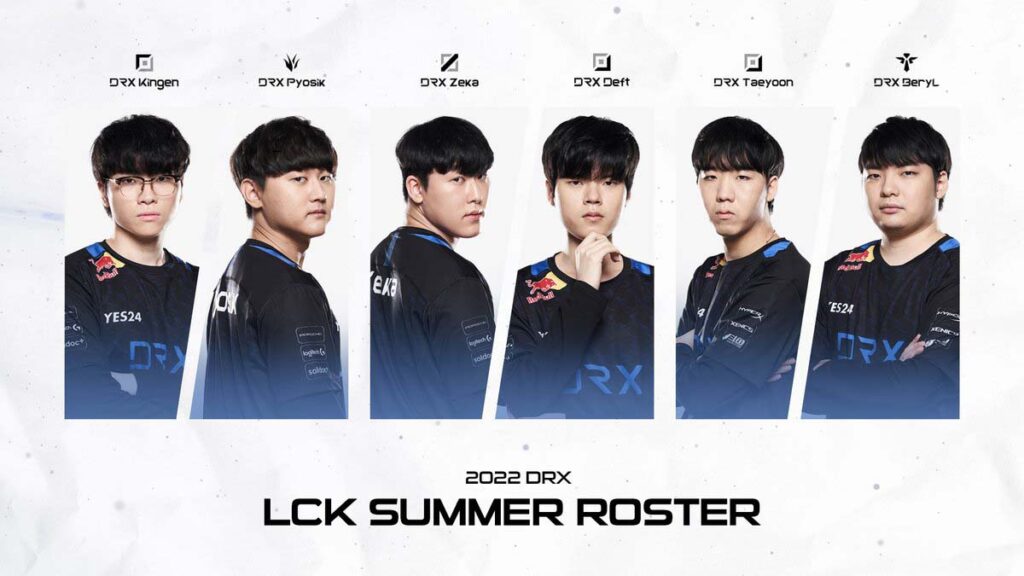 DRX and Liiv SANDBOX are both fighting for a better place in the standings, and after DWG KIA loss to KT Rolster, reaching the third place is a real possibility for both teams.

Both teams come from a loss, but while DRX lost against arguably the best team in the league Gen.G, Liiv SANDBOX lost versus Nongshim RedForce in a series where they were the heavy favorites.

Liiv SANDBOX performance against Nongshim RedForce was not the best to put it nicely.

It’s not a secret that Liiv SANDBOX early game is not that good, and they rely on getting to the late game where their team fighting ability wins them games, especially because of how good of a late game carry Prince is.

Even in the game they won versus Nongshim RedForce, they stole that game after winning a team fight around the Baron with Prince coming up huge.

Their early game is the weakest aspect of their game. With an average gold deficit of 700 at the 15 minute mark, a negative cs differential at 15,  and with a 51% first tower and first blood percentage, you can see that Liiv SANDBOX  struggles a little when it comes to the early game.

Normally, this isn’t a big problem because their mid and especially their late game is really good, because they are such a good team fighting team, and do a great job of protecting their main star Prince, meaning they usually come on top in the late game.

But in their last series, they didn’t play the team fights as well as usual, as their early game was even worse than it normally is.

As for DRX, the team has been playing well lately, despite a 2-0 loss versus Gen.G where they didn’t stand a chance in any of the games.

However, DRX stats in the early game look a little bit better, and the squad is able to find some advantages in the early game, especially because of Pyosik great ganks, and Zeka who plays a very heavy roaming style, and he does that at a very high level making it seems that he is on two places at the same time.

When it comes to the draft, DRX is a very flexible team and seems to be able to play a variety of styles.

Liiv SANDBOX, on the other hand, plays more late-game-focused compositions, and they normally are very good at pulling them off.

DRX mid-game has been better than Liiv SANDBOX in the recent past, and their late game has also been very good since they too have reliable carrys in Deft and Zeka.

If Liiv SANDBOX perform as they did versus Nongshim RedForce, and we see DRX playing at their normal level, I think DRX should win this series.

It can go the distance, and if Liiv SANDBOX are able to reach the late game even on gold they might have a good chance of winning this series.

But seeing how they played versus Nongshim RedForce just two days ago, I don’t have a lot of confidence in the team at least for this series.