Without further ado, let’s get straight into Fredit BRION vs Kwangdong Freecs prediction. 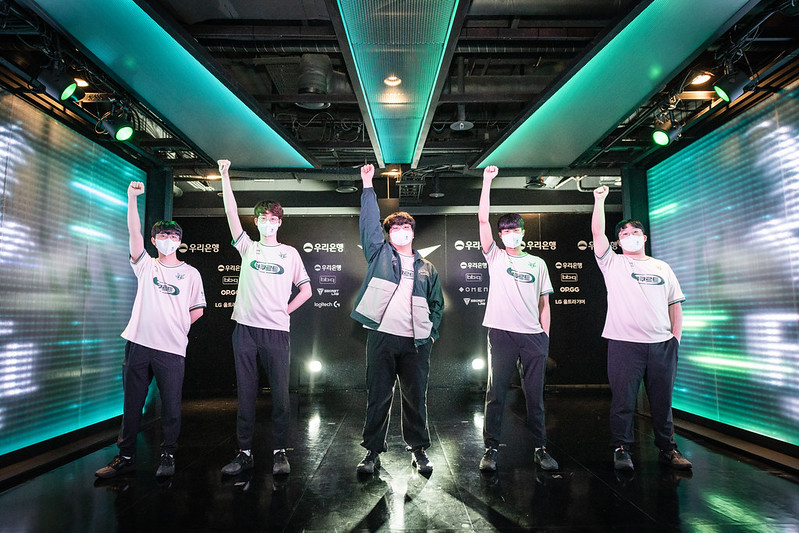 One of the hardest series to predict this week, and I even go further to say that only the Gen.G vs T1 series is harder to predict.

Kwangdong Freecs is still fighting for a playoff spot, but their latest performances haven’t looked convincing.

The team is on four games losing streak, and every series from now on is a must-win.

Fredit BRION is also on a losing streak of three games, but the team has looked so much better in the past two weeks compared to the beginning of the split.

They were able to take games from T1, DRX, and even won 2-0 versus Nongshim RedForce.

In the early game, Fredit BRION stats are not the most flashy. They have a gold deficit of 1k at the 15-minute mark, and every early game stat they have is negative.

However, they have been playing much better in the early game, with UmTi having so good games as of late, and the bot lane of Hena and Delight has also been having some good performances in the laning phase.

But what has surprised most people about Fredit BRION as of late is how clean their macro game has been, especially in the late game.

The team has been playing the map in the late game very well, finding some good picks,  and playing the team fights particularly well.

When it comes to the draft Fredit BRION is a little bit limited, and they can suffer a little bit in that department, but despite having that weakness in the draft the team has still been able to perform at a much better level than expected this past two weeks.

As for Kwangdong Freecs, their performance level has dropped significantly in the past three weeks.

The team is still able to find advantages in the early game, despite their stats not being amazing, but it seems they don’t know how to translate their advantages into objectives and expand their gold lead.

When it comes to executing their compositions Kwangdong Freecs have also had a problem with that as of late.

Especially the second game versus Liiv SANDBOX where Kiin was 4-0 up on Fiora but somehow forgot that the sidelines existed.

On paper Kwangdong Freecs are the favorites, but Fredit BRION have improved a lot as of late, even taking games out of the best teams in the league.

I think we will have an upset in this one, and Fredit BRION will secure their second win of the split.

It will be a very close game in my opinion, and I think the series will go the distance.