The resurgent Counter Logic Gaming take on Cloud9 in the last, and arguably most exciting of Sunday’s fixtures as the LCS summer heads into its third week. 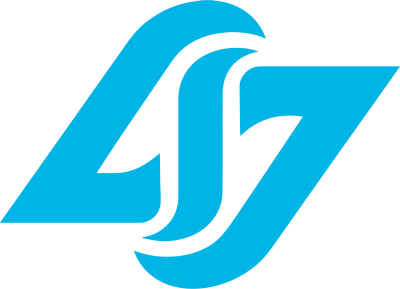 A perfect week. Yes, that might seem incongruous with the CLG we’ve seen these past few seasons, but that is indeed what they’ve achieved in the first patch of spring split. Never mind that they were up against the teams at the lower end of the spectrum, who’re currently ranked between 7-9 on the standings. The fact remains that they came in red-hot, took a lead that absolutely no one expected, and now they top the rankings 4-1.

It’s been six years since they last won an LCS championship, and three years of finishing at the bottom of the rankings, so their roster overhaul in the previous off-season was heavily warranted. Not a lot changed over the spring, which they finished ranked eighth with a depressing 6-12 record, but since then CLG had over two months to regroup. They made only one significant change to their roster, top laner Thomas ‘Jenkins‘ Tran making way for Niship ‘Dhokla‘ Doshi, not a move that would’ve inspired much confidence among their fanbase but somehow, it all just clicked.

CLG’s first week match-ups saw them pitted against Dignitas, TSM, and Golden Guardians and emerged victorious across all three. The second week ended their golden streak with a tough, but hard-fought loss to FlyQuest. But their underdog victory against Evil Geniuses brought about the most unexpected, and uplifting result of the league so far, and though it’s still early, they’re making a case for themselves as genuine competitors up there with the top teams.

While CLG had a dream start to their spring split, Cloud9’s fortunes were tanked at the other extreme. Bot Laner Kim ‘Berserker‘ Min-cheol and support Jesper ‘Zven‘ Svenningsen were both unavailable for the first week owing to visa issues, and it left a big hole in their roster.

Cloud9 were up against the league’s top two teams, Evil Geniuses and Team Liquid, right in the first week, and though they put up a fight against TL, they eventually succumbed to both. Golden Guardians also managed to put one past them, and Cloud9’s record at the end of the first patch read 0-3. The results of that first week were baffling, to say the least, for a team that was a strong contender for the past spring split championship.

But after that disastrous start, their first-choice bot-lane pair returned and Cloud9 were finally able to field the side they intended. They were then able to power through to two victories in the second week. They defeated the troubled Dignitas in the first game, then recovered some of their confidence with a win over spring split runners-up 100 Thieves. Though CLG might have a slight edge in terms of momentum, Cloud9 are more likely to come out on top now that they’ve finally returned to full strength.

Cloud9 deal about 2088 units of damage per minute, with a first blood rate of 60% in summer so far. That basically means that they register the first kill in three of every five matches, yet another indicator that they are fast starters inside Summoner’s Rift. They do, however, have issues with picking up the first tower. In summer so far, they have taken down the first tower at a rate of just 20%.