Special offer Get $70 risk-free bet with code
Get
tips.gg/LoL News/LEC Games of The Week: Crucial Clashes for Fnatic

LEC Games of The Week: Crucial Clashes for Fnatic

After a 50% hit rate last week, we’re back with another Games of The Week. It’s another double-header, too, with Fnatic taking on two fellow Worlds contenders over the weekend.

First up, on Friday, Fnatic takes on Rogue. Coming off another 2-0 weekend, Rogue is an intimidating opponent for any team. Still, we’re into the second round robin at this point, and Fnatic won this fixture last time out. Recent form gives Rogue the edge, but the head-to-head matters.

With a 5-4 record so far, Fnatic looks pretty inconsistent. In half of the summer split they’ve already dropped as many games as they did in all of spring. It’s difficult to put your finger on why, exactly. Just last weekend they were impressive against Excel but failed to put down Misfits once again. On paper, those results don’t look like they should be happening to the same team, but I didn’t expect them to lose to Vitality either, so who knows what’s going on with them?

As for Rogue, this is a fixture that looks eminently winnable. Not only are they top of the league, but they come into this game off the back of a 2-0 week. Yes, they lost the reverse fixture earlier in the season, but Rogue is a different team since then – an undefeated team since that first week. On that fact alone, it’s hard to look past Rogue as favourites for this game. Fnatic is certainly capable of putting an end to that impressive run, but not if they play like they have been doing recently.

It’s even possible that this game doesn’t end up being all that entertaining. If bad Fnatic turns up, Rogue could waltz to a comfortable victory. Let’s hope that doesn’t happen, but even if good Fnatic appears, I still give Rogue the edge. They just look like a more coherent unit with more of a plan. You know what you’re going to get from Rogue: solid individual performances in every lane and clean macro play. Sometimes Fnatic has both of those things, sometimes they have one or neither. 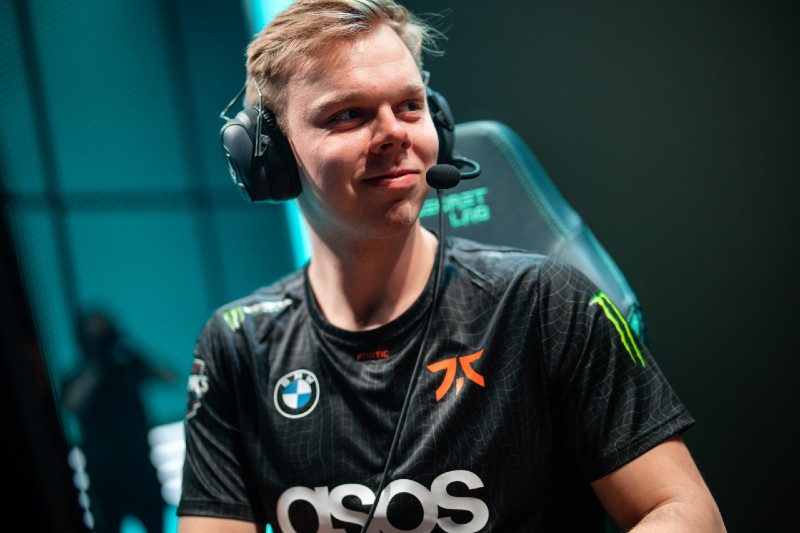 Speaking of inconsistent teams coming off 0-2 weeks, Excel hit a bit of a wall last weekend. After the organisation had its best ever split in spring, and after a good start to summer, the wheels have come off XL’s hype train lately. They have lost three of their last four games, and two of those defeats were against teams you would expect them to beat. Sure, Astralis has had a bit of a resurgence lately, but handing SK only their third win of the split is a little embarrassing.

Much like Vitality last weekend, though, this is a chance for Excel to draw a line in the sand and say enough is enough. They should beat Misfits on Friday, all things being equal, and another win over Fnatic would be a strong display of intent. A 2-0 weekend against fellow play-off hopefuls would make last week look like an unfortunate blip and not some kind of nosedive back into mediocrity.

The same could easily be said of Fnatic, however, and that’s what makes this game so fascinating. Both teams share the same 5-4 record and both want to get their summer split back on track. All those factors make this one a hard game to predict, too.

Excel crushed the previous meeting, with both Nukeduck and Patrik ending the game deathless. That was over a month ago, but the meta hasn’t moved on much since then. You could pretty much plug and play the exact same draft and it wouldn’t feel weird. Does that mean Excel are favoured, then, if they won in a nearly identical meta? If they hadn’t just lost to Astralis and SK I’d say yes, but sticking my neck out for Excel feels risky nowadays.

It might just come down to the bottom lane again. Hylissang came up tails last time the teams met, going 0/7/2 on Nautilus, and another showing like that could put the game in the hands of Patrik. I will say that his coin flips have been coming up tails quite a lot recently, and with Patrik being such a strong point for XL, this is certainly an area they can look to exploit. I would also argue that Finn has looked better than Wunder so far this split. That’s not a sentence I ever thought I would write, but it’s true. The middle lane is where Fnatic looks to have an advantage, with Humanoid being an opressively strong laner. At the same time, though, I’d put Markoon in my fantasy team ahead of Razork right now, so I think I have to give this one to Excel.

It’s close, honestly. It’s really close. Everything I just said about why Excel looks better on paper can fall apart on the rift. You know, like it did last weekend. I also have to factor in my own bias as a Brit here, and one who formerly blogged exclusively about XL. I could be exaggerating their chances, but I don’t think I am. At the end of the day, one of the main reasons I’m featuring this game is because it is so hard to predict. Should be a banger, though.