Team Liquid has announced today that they have decided to make changes in their active roster, which resulted in coach Eric “adreN” Hoag and Richard “shox” Papillon being moved to the bench.

Today we are announcing that shox & adreN are stepping down from our active lineup as we explore all of our future options for our roster. 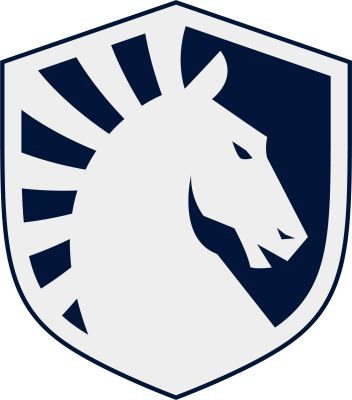 This announcement comes after Team Liquid’s disappointing start to the 2022 season. The North American roster’s best performance in 2022 was their fifth to eighth finish in ESL Pro League Season 15. Outside of that performance, Team Liquid has failed to make it out of the group stages in multiple events. IEM Katowice, PGL Major Antwerp, Blast Spring Premier Groups, and Showdown were some tier-one events that Liquid failed to impress.

One of the low points of Liquid’s 2022 run was shox’s form on the server during his six-month stint on the active roster. The renowned Frenchman has not been able to replicate the same form on his previous rosters. Despite this, shox did perform well during the North American RMR and the open qualifier.

For adreN, his benching marks the conclusion of his second stint as coach for Team Liquid. His inclusion in the coaching role had failed to reach the same heights he achieved in 2019 when he won the Intel Grand Slam with Liquid during his first stint.

This announcement will most likely not shock many, as this roster move was rumored to happen before the PGL Antwerp Major. Team Liquid will be looking to find their new fifth as the roster lock for IEM Cologne is approaching soon.

With roster moves occurring during the player break, Team Liquid is now:

Team Liquid
10:43
Complexity replace junior with hallzerk
10:23
tabseN and gob b extend contracts with BIG until 2027
18:54
FLUFF: the Counter-Strike classic "Door Stuck" is going to b...
14:27
Mastering Apps/Balcony/Pit on A Site of Inferno
12:51
Future of Aleksib: where will the Finnish IGL go?
14:35
Five key storylines of WePlay Academy League Season 5
00:18
Mastering Banana Control On Inferno
10:13
RobbaN praises Karrigan as the best IGL of all-time
01:43
FaZe Clan defeated NaVi to win IEM Cologne 2022
18:09
Who can save G2 in the second part of 2022?
15:08
IEM Cologne 2022: s1mple's gift surprises the community
07:51
A Tactical Breakdown Of NaVi vs Astralis in IEM Cologne 2022
21:39
A Tactical Breakdown of the Quarterfinals of IEM Cologne 202...
14:25
degster joins OG from Team Spirit
20:30
NAVI stop Movistar Riders to secure semi-final spot in Colog...
Hello
Esports
CS:GO
Dota 2
League of Legends
Overwatch
Valorant
Help & Settings
Language
Odds
Information
We use cookie files to provide users personalized content, additional functions, and to perform the website traffic analysis. When using tips.gg, you agree with our cookie policy. Got It!