Without further ado, let’s get right into the prediction of a match that has all the ingredients to be the match of the week G2 Esports vs Fnatic the rivalry of rivalries. 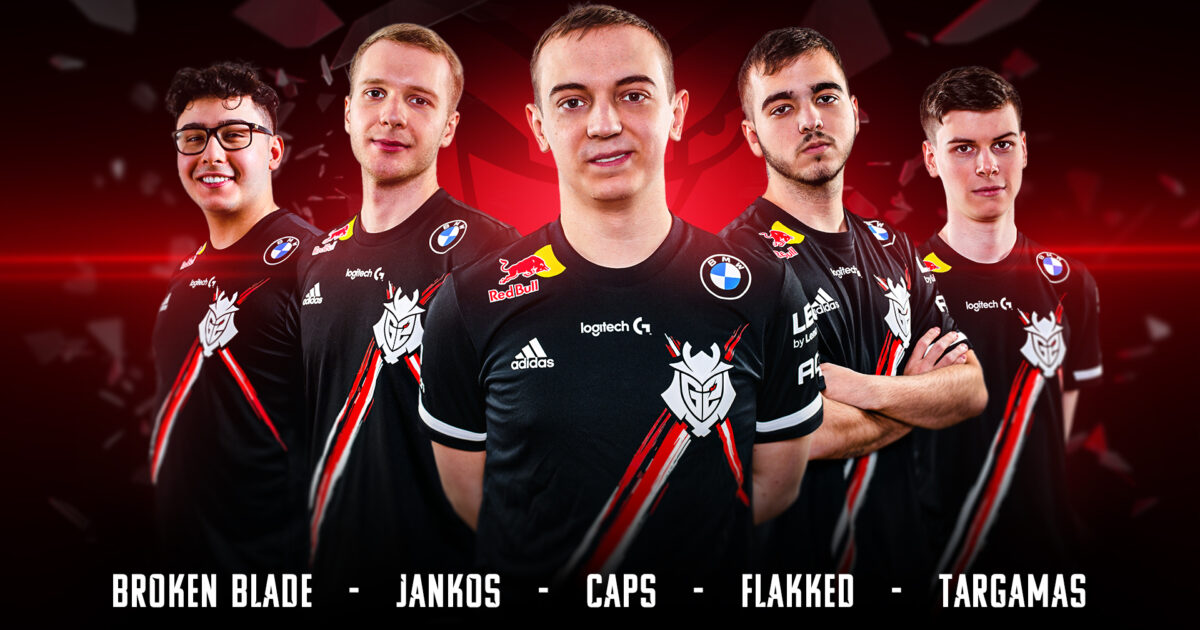 One of the oldest rivalries in European League of Legends history will have another piece of history written on Saturday when both teams face each other in Summoner’s Rift in a game that means more than a win in the standings.

G2 Esports is the reigning LEC champion and has been looking great so far in this LEC 2022 Summer Split.

The team comes from a great run at MSI and despite not having a lot of time to prepare for the Summer Split, which led some people to think that G2 Esports might have a slow start, the squad has come in full force.

With a 4-2 record they are tied for the first place with Excel a team they have already defeated this Split.

G2 Esports only loss came at the hands of Team BDS last week, in a game where their composition was the main reason for why they lost. For a team that has been having some great drafts, their draft versus BDS put the team in a very hard position.

But against Vitality, they showed why they are still the best team in Europe, dominating the game and pulling one of those unconventional drafts that only G2 Esports seem to make work.

When it comes to the early game G2 Esports has an average gold lead of 958, a first tower rate of only 40%, and their first blood rate is even lower at just 20%.

However, G2 Esports early game is still a very solid one, and according to Excel coach nelson, only Excel, G2 Esports, and Mad Lions have an idea of how to play the early game.

In the mid-game, it’s where G2 Esports truly shines. With the advantages, they bring from the early game they are able to play around their vision, gain priority over objectives, and have also shown great macro play, always responding with cross-map plays, and managing the minion waves at an excellent level.

In the team fighting department, the team has also been excelling. They are not afraid to pull the trigger and start a fight, they are very good at playing front to back and protecting their carries.

Caps has been playing at an MVP level, and when that happens this team seems unbeatable.

As for Fnatic they haven’t looked as good as they did in Spring.

Razork has still not shown the level he showcased when he was in Misfits, and it seems the team has not been able to fully integrate him yet.

Upset and Hylissang have also not looked as great as they did in the Summer Split.

The current meta doesn’t really favor Hylissang, as he is very aggressive and engage first player, and with the meta being more mage champions in the support role it certainly doesn’t help Fnatic.

However, Humanoid and Wunder have been playing really well, and are the shining light in Fnatic.

Fnatic early game is not a great one. They have an average gold deficit of -461 which is not good, especially for a team so individually talented as Fnatic and that showed in Spring they were a great early game team.

Their first tower percentage is only 40%, and their first blood rate is very low at only 20%.

Things in Fnatic don’t seem to be clicking. Razork is still trying to adapt to the playstyle of the team, Upset just doesn’t look as good as he did in Spring, the superstar ADC everyone admired and loved seems to be at sleep currently, and this meta does not favor Hylissang.

When it comes to the draft Fnatic normally has very good drafts, I think the only thing that is missing is the execution of the compositions.

G2 Esports is on a rising trajectory while I think Fnatic is on a downwards spiral.

Individually G2 Esports also has been looking much better, and as a team, they look miles ahead of Fnatic currently.

This has all the ingredients to be a very fun and close game, but if the G2 Esports that played against Excel show up and Fnatic don’t step up their game, I think G2 Esports will easily take this one.

Keep in mind that if there is a moment for Fnatic to change their Summer Split around, there is no better time than a win against their eternal rivals G2 Esports to get Fnatic on the right track.