Help stop russian aggression Support Ukraine together
Donate to u24.gov.ua
tips.gg/Dota 2/News/Alliance's path on the DPC: How one of the top EU teams turned into an outsider

Alliance's path on the DPC: How one of the top EU teams turned into an outsider

Sweden’s Alliance was one of the strongest teams in Europe in the Western European DPC season 2021. The team was in the top places but couldn’t make a decent showing in the Majors tournaments. Alliance tried several times to change the captain during the season, but it didn’t bring the desired results. Online, the guys were in good shape but had visible problems at the LAN finals. 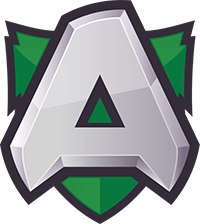 The long search for themselves could not go without consequences. Alliance’s playing style was different, and the team’s ideas were constantly changing. Within the team, the battle was sharpened between the three leaders – fng, s4, and Handsken. These three players claimed the role of captain. At some point, each of them was able to become captain for a while.

At The International 10 Alliance was expected to fail. It was a miracle the Swedes didn’t make it out of the group. Had it not been for Thunder Predator, who left the tournament with a 0-16 statistic, Alliance would not have made the playoffs.

After TI10, the players said in various interviews that the team showed terrible results even in training, losing to almost everyone. Alliance was about to undergo a dramatic change.

During the transfer period a lot of players were available in Europe who became free agents. As you can see from the OG experience, there was a tough competition for the best young players. OG picked up ATF and bzm. Their former teammate Fishman said that these players had several more offers from the top clubs in Europe. Not surprising if one of those clubs was Alliance.

However, the team decided to keep two players from the old squad – Nikobaby and Handsken. Simon will now play in the fifth position and perform the role of the captain. The decision looks doubtful because Handsken has not demonstrated himself as a successful captain in the distance, unlike, for example, fng. The desire not to part with Nico can be explained by the fact that Nico showed phenomenal performance at the beginning of last season and this player has tremendous opportunities, just let them come out. In doing so, Alliance said goodbye to perhaps the most stable mider in Europe. Limmp was one of the players who carried Alliance to the top-12 at TI10. The decision to part ways with Linus was a very strange one.

Team manager Maria Gunina also left Alliance. Mostly her departure has to do with logistical problems since Maria lives in another country. The team had issues with bringing a non-EU citizen to the bootcamp because of various restrictions during the pandemic.

As a result, Alliance began to assemble a new lineup. They immediately picked up Lelis, who had left the Quincy Crew after a disappointing performance at TI. The Brazilian is a good offlaner with a wide pool of heroes. Young, but already experienced enough to be stable in the game. The fourth position is taken by the player from Israel Aramis, who may be remembered from Vikin.gg. Aramis plays active roaming heroes. The biggest question was the choice of mider for the Alliance team. Now the Czech player Supream^ will play in the center. He is the most unstable player in the lineup. Sumpream^ has a small pool of heroes. This had an impact on the overall team strategy.

As a result, the updated Alliance lineup looks like this:

Alliance played their first series of the new season against the favorites of the race, Tundra Esports. Tundra didn’t make it to The International 10, but they were in great shape. They kept their lineup and practiced to get ready for the new season.

In the first map, Alliance bet on Suparem^’s Shadow Fiend, but it did not live up to the team’s expectations. The fact is that SF has become very popular lately in competitive Dota. Shadow Fiend player always buys physical damage items. This is an unusual role for Sumpream^. This player is neither agile nor experienced, so the experiment clearly did not work.

Nor did Nikobaby’s signature WK work. Niko seems to have lost a lot of motivation after his disappointing results in the LAN finals last season. This situation had a huge impact on his game. Nikobaby used to be the locomotive that dragged the team along. He always found room to farm, built up the net worth on his hero very quickly, and crushed the enemy. Online, Niko was famous for his almost error-free play, especially when it came to hard carries such as Medusa, Wraith King or Spectre. In his first game against Tundra Esports, Niko died eight times on Wraith King. He wasn’t farming a lot of money and because of that the team didn’t have enough damage.

On the second map the draft was similar, but this time Supream^ played Lina. Team Tundra caught the opponent on their mistake throughout the game. Tundra carried out a lot of kills.

By the end of the game, the Tundra Esports kill count was over 50. Handsken died 18 times per game while playing Ogre Magi. Supream^ was killed 9 times with only 2 kills. This is unforgivably low for a mid lane player. As a result, Alliance failed miserably in their debut match.

The Swedish organization played their second series of the season against Team Secret. Unfortunately for all the fans of Alliance, their team also became the whipping boys in that match.

However, even comfortable heroes didn’t help Alliance win the first game. By the way, that game did not result in many kills. The score was almost equal. At the same time, Nisha played Shadow Fiend, which rapidly broke into the esports meta. Michal even managed to buy the Divine Rapier.

Team Secret confidently dominated the course of this game. Their advantage was shaken only once by their own mistake, but Puppey and company quickly got it back under control.

The Alliance made only one kill on the second map and Secret crushed their opponents in 23 minutes. There’s not even much to discuss here. The Alliance had a terrible draft, terrible execution, and lack of coordination.

In week 3 of the DPC season, Alliance faced off against the Coolguys. By the way, they, just like Alliance, left the Upper Division. Coolguys was the only team that lost to Alliance. The series ended with a score of 2:0. In one of the games, Sumpream^ got another of their signature heroes, the Invoker.

Overall, Alliance did look a head above the Coolguys, but don’t forget that the Coolguys are the team that made it to Upper Division after last season. They changed their lineup a little bit. Nevertheless, the team was left without a strong organization behind them and was regarded solely as a stack. The Coolguys didn’t win a single series in a season, and the Alliance only won one against the Coolguys.

In the next match, Alliance played Team Tickles. Another team that made it to the Upper Division based on last season’s Lower Division results. They also changed their squad. One of the players even moved to Alliance. This player was Aramis. Team Tickles is the former Vikin.gg.

Alliance persisted in picking Mars for Lelis. It didn’t yield any results before, and the match with Team Tickles was no exception. On the first map, Alliance lost in 25 minutes. Alliance’s draft was standard for this game meta, but the team could not cope with the opponent’s onslaught.

The second game lasted twice as long, but Team Tickles dominated the entire game. For 50 minutes Alliance offered almost no resistance. As a result, Team Tickles easily defeated their opponents 2:0.

The next opponent for Alliance was Nigma Galaxy. Kuroky and his team started the tournament with problems. Nigma played the first matches with a substitution in mid. After several defeats, it seemed that the team can’t show a good result. Many fans had time to write off Team Nigma because Nigma Galaxy lost all their matches in the first three weeks.

It seemed that they should be an ideal opponent for Alliance. However, Miracle was already back in the game, and he was ready to crush his opponents. It was obvious that Alliance tried to rebuild the game, perhaps the work with the coach gave fruit, and the team decided to give up Mars for the first pick. In both games, Alliance opened with Queen of Pain and Spirit Breaker.

The first map lasted 38 minutes, and in the beginning, Alliance was able to seize a slight advantage in gold, but the scale quickly tipped in the direction of Team Nigma Galaxy, and they were able to finish off their opponents.

In the second game, the scenario was not good at all for Alliance. The game lasted only 26 minutes without a chance to win. As a result, Nigma Galaxy earned their first points and Alliance suffered another defeat.

Next, Alliance met the young and hot guys from OG. This match was special because the former permanent member of Artsiom “fng” Barshak replaced the captain Handsken in this series. It was evident that Alliance had dramatically changed their drafts. It seemed that fng was trying to breathe new life into the team, but it was already a completely different team. Only Nico of the familiar people was still in the roster.

Alliance could not win the first game, and the second game was very fast. OG finished off Allliance in 26 minutes.

Team Liquid was Alliance’s last chance to clinch the re-match. But in order to do that, Tundra had to lose their remaining matches.

Team Liquid were and still are the favorites for the DPC season. Nevertheless, Alliance even managed to win one game in the series. By the way, Alliance played with substitutions again. This time Handsken was substituted by CTOMAHEH1 from Bulgaria, known to the spectators for playing in different tier-2 teams from Europe.

The first game went completely by Team Liquid’s scenario, but the second and third ones were not so easy for them. The second game was marked by the dominance of Alliance on the lanes, after which the team was able to strengthen and bring the matter to a winning end. But in the third map, Team Liquid made some serious mistakes late in the game, which gave Alliance a chance for a comeback. This at least made the Team Liquid players nervous, but they still took the series.

Alliance, an organization from Sweden that had tier-1 team status all along, goes to play in the lower division. After the end of the DPC season, the team immediately announced the departure of Handsken and Ockya. This might not be the last change in Alliance’s roster, given that Major has been canceled. For now, the team management is looking for the fifth position because the competition in the second division of Western Europe will also be serious. To make it back to tier-1 will have to try very hard. By the way, getting in LD also means that the team is already with one hundred percent probability will miss the second Major of the season, if it takes place, of course. 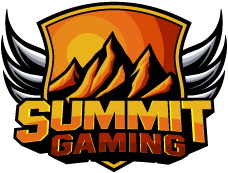 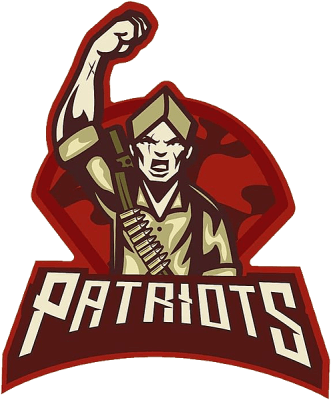 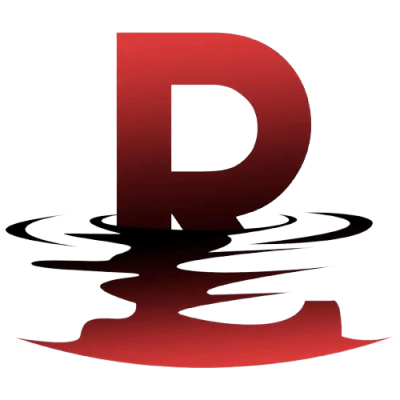