Special offer Get $70 risk-free bet with code
Get
tips.gg/Esports Betting/Arena of Valor

Arena of Valor Betting: What You Need to Know to Make a Successful Bet

Frokat
01.09.2022, 20:16
Arena of Valor Betting in a NutshellThe Top Betting Markets for Arena of ValorThe Biggest Arena of Valor EventsWhat are the differences between Arena of Valor, King of Glory, Honor of Kings, and Strike of Kings?Best AoV Teams to Bet on

Discover the main Arena of Valor betting features in this article by getting familiar with its betting markets, famous tournaments, and other peculiarities. Then, feel free to use the online betting sites below to start betting on AoV, as all of them are proven trustworthy and profitable platforms with competitive odds. 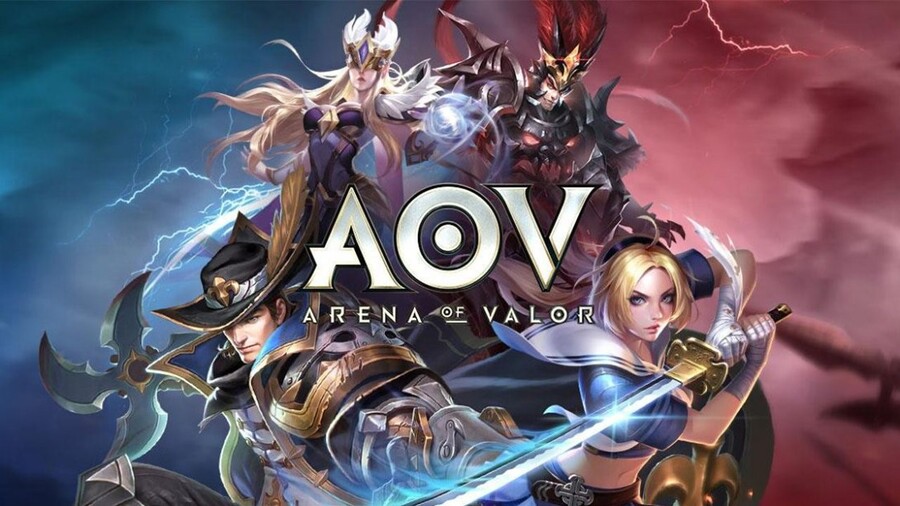 AoV has gained recognition due to its wide choice of heroes, top-notch graphics, balanced gameplay, and deep lore to explore.

Arena of Valor Betting in a Nutshell

The basics of the game are simple – two teams of five players fight each other on an equal-sided game arena. There are three lanes on the map, each with a set of turrets that defends the main structure. The team who destroys the enemy's main structure first becomes a winner.

There are millions of players all around the world who enjoy AoV, and the best of them battle each other in top-notch eSports tournaments. Among mobile games, AoV has some of the best-established global eSports scenes. So, it is no surprise that Arena of Valor eSports events happen regularly and offer competitors a significant prize pool.

Since the gameplay and winning goals are simple and self-explanatory, Arena of Valor betting is great for players looking to enter eSports wagering. And the most convenient way to bet on AoV in 2022 is through mobile betting apps. If you still haven't found one for yourself, take a look at this best eSports bet app list.

The Top Betting Markets for Arena of Valor

There are plenty of different in-game situations that might occur during an AoV match. AoV bookmakers present those situations as betting markets, adding value to the game as an eSport. The most popular Arena of Valor betting options are:

The Biggest Arena of Valor Events

Due to the extremely high popularity of Arena of Valor in the industry of mobile gaming, the game has managed to build a solid eSports ecosystem. As a result, AoV spawned numerous regional leagues and world-scale competitions, where you can watch the best players from around the globe showing off their skills.

But before making bets on any of the competitions you will find below, be sure to read through the tips on how to bet on eSports, as they can potentially boost your winnings.

The Arena of Valor World Cup is the king of the AoV tournaments, which Tencent has conducted since 2018. AWC is the main event for Arena of Valor and Honor of Kings players, with a prize of over $300,000. Thus, a champion of this competition is considered a World Champion of both games.

International Championship is the second world-class AoV major tournament. AIC is a young event that was first launched in 2017 by Garena and Level Infinite, and since then, it has been constantly included in the Arena of Valor schedule. During AIC, eSports bookmakers please Arena of Valor bettors with generous eSports betting offers and odds, which made this competition extremely famous on the best AoV betting sites.

Besides major events, Arena of Valor betting fans can always find a match to wager on due to dozens of little competitions. Not all eSports bookmakers notice such events (though the best esports betting sites always have them), and their min odds are not that high, but they will keep you on your toes while you wait for major tournaments.

As an extra benefit, some of the best eSports betting sites allow you to bet on these markets with crypto. Get more out of cryptocurrencies by discovering more about eSports crypto betting.

What are the differences between Arena of Valor, King of Glory, Honor of Kings, and Strike of Kings?

Arena of Valor, Honor of Kings, and Strike of Kings are similar gameplay-wise but have cosmetical differences. All these games branch from the King of Glory (Honor of Kings), which was initially launched in China. But once developers decided to put the game on the global market, they faced many copyright issues. It is due to the similarities between KoG (HoG) and the famous title: League of Legends.

To get rid of any legal issues, developers changed the game's visuals and had to change game titles. Thus, we have a couple of similar games (AoV is one of them) for different audiences.

Best AoV Teams to Bet on

The safest wagering option when it comes to Arena of Valor betting is to stick with the most successful teams:

Is it legal to bet on AoV?

Is it popular to bet on AoV?

Yes, Arena of Valor eSports betting has plenty of regular competitions and teams to bet on.

Can I use bonuses to bet on AoV?

Yes, you can use any bonus your Arena of Valor betting site provides. But make sure you are familiar with eSports betting offers and their wagering requirements.